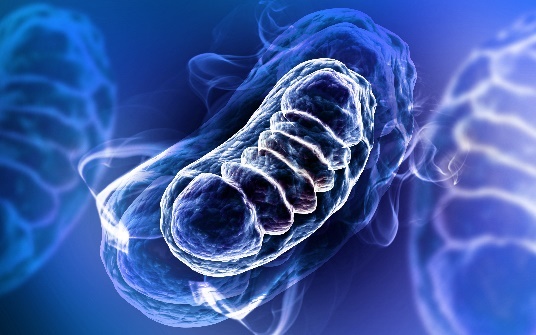 As we age, accumulative damage to mitochondria makes them up to 50% less efficient at turning food into energy1.

1. By including magnesium, CoQ10, Omega 3 and B vitamins. The B vitamin complex in NutriShield is at a level to make a real difference in energy output.

CoQ10 helps make energy in cells but levels declines as we get older. So we have added extra CoQ10.

Omega 3 is an important component in healthy mitochondrial cell walls, so we include 1,000mg of purified, sustainably sourced fish oil with high EPA and DHA content.

We also include the carotenoids lutein and lycopene and resveratrol from bilberry extract, because they support and help repair mitochondria.

2. By including vitamin B3 in nicotinamide form to boost NAD+2.

A molecule called NAD+. or in its full form Nicotinamide Adenine Dinucleotide, is a high energy molecule generated from food intake.

NAD+ is essential for life, the creation of energy and can ‘significantly restore mitochondrial function4. But it declines as we get older.

You cannot supplement directly with NAD+ because it breaks down in the gut. So we have added extra vitamin B3 as Nicotinamide – which is a precursor to the production of NAD+.

Despite some claims, they all work in a similar way. So, we do not believe the difference is justified by the much higher cost of NR or NMN, especially when we include so many other nutrients that have a synergistic effect on energy.

No one nutrient on its own is going to make a big difference to your health – it’s the synergistic impact of many working together that is key to health.