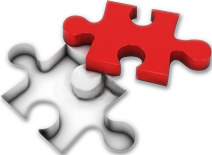 Your body creates millions of new cells every day. Your nutritional intake helps decide whether they will be healthy – or gradually accumulate damage.

Nutrients do not work in isolation. The combination of a wide range of nutrients from your food – including supplements – is a key determinant of your health.

Research indicates that the consumption of soy products has many health benefits, including probable protection against breast cancer, prostate cancer, menopausal symptoms, heart disease and osteoporosis.

Many of the health benefits of soy are derived from its isoflavones, which have been the subject of more than 1,700 scientific papers. Soy contains many types of isoflavone, but the most beneficial appear to be genistein and daidzein.

About one in 11 British women will develop breast cancer at some time in their lives. In Japan, the figure is as low as 1 in 65. Epidemiologists – scientists who study outcome patterns in populations – believe that two dietary factors may play a crucial protective role against cancer – selenium and soy.

The Japanese diet contains considerably more of the anti-oxidant mineral selenium than the typical Western one does, and that’s thought to protect against breast cancer – and indeed other cancers. There is also evidence that a high intake of soy products might also be protective. Soy beans are extremely rich in isoflavones, and these seem to be among the most potent anti-carcinogens of all.

When small amounts of soy are fed to animals, their rate of breast cancer falls by nearly 50%, as does the incidence of prostate cancer. Men who think that soy is just for women should think again; considering the high rate of prostate cancer in the West, it seems that men have just as much to gain from adding soy to their diet.

But genistein doesn’t just inhibit cancer cells. In vitro it can cause cancer cells to revert to normal cells – which is an absolutely crucial anti-cancer property, called ‘re-differentiation’. Genistein seems to have yet another another amazing property. It inhibits the growth of new blood vessels, and may therefore be able to starve cancers even after they have begun to grow.

Soy and the heart

Soy has a role in protecting against heart disease as well.

A diet rich in animal fats and low in anti-oxidants and fish oil is a fast route to a heart attack – as is smoking, and high blood cholesterol. Yet most of us have a cholesterol level that is higher than ‘normal’.

According to Drs Brown and Goldstein, who won a Nobel Prize for their work on cholesterol, the normal level is between 100 and 150 mg/dl. This is the level found in people who eat a low fat, high fibre diet, and who have a low risk of heart disease.

HDL cholesterol, on the other hand, is a good thing. HDL particles remove cholesterol from body cells – including those artery walls – and take it back to the liver. This is a reason why high levels of HDL are cardio-protective.

Soy and soy isoflavones should be a part of any cardio-protective diet, because they increase cholesterol excretion. Indeed the Italian National Health Service now provides soy in the form of textured vegetable protein free to all patients with hyper-cholesterolaemia (excess levels of cholesterol).

In the West we rarely eat enough soy, so a supplement that includes a research-based level of soy isoflavones – 40mg a day replicates the average dietary level in Japan – is another important piece in the ideal nutritional jigsaw.

For a full explanation of how Soy Isoflavones can be part of an overall and comprehensive health programme, use this link to Chapter 6 of Dr Clayton’s best-selling book, Health Defence.

The nutritional supplement
based on health science