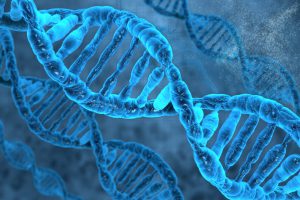 You cannot change your genes. They are the ‘blueprint’ for you, fixed at conception.

But not all genes are active. At any one time, about 50% are silent – 'switched off' – which means they make no immediate change in the status of your health.

That leaves about 50% that are active or, as scientists say, ‘expressed’. They are switched on.

When the activity of a gene is changed from silent to active – or from active to silent – the process is called ‘epigenetic change’.

This change can have a fundamental effect on your health – which can be either beneficial or adverse.

For example, there are genes that make you more susceptible to dangerous mutations – called onco-genes. You’ll want those to be switched OFF.

And genes called tumour suppressor genes – you’ll want those to be switched ON.

How are genes switched on or off?

The way genes are expressed can be influenced by nutrition, by activity levels, by stress, by chemicals, by the timing of calorie intake – even by the environment including temperature1.

Which means that you are NOT a prisoner of your genes. You can take positive action to affect the way your genes are expressed.

But note that a gene is not simply switched on or off once. You need to continue with the right foods and nutritional intake to maintain the gene expression you want.

You have about 20,000 genes, and some are directly central to ageing and longevity.

Here are just a few ways in which nutrients in NutriShield appear to switch genes on or off that impact health in a significant way.

Often referred to as the ‘longevity gene’2, the FOXO gene increases proteins that repair DNA, enhance immune response, improve the mitochondrial production of energy and increase your own antioxidant defences against excess free radical damage3.

When activated the AMPK gene helps recycle the material from cells when they reach the end of their life – a vital process called autophagy6, 7. If that debris is not cleared away, it causes inflammation in surrounding cells, which then leads to long term health issues.

The P53 gene is known as a tumour suppressor gene. It can repair DNA and if the damage to DNA is too great, it can signal the cell to undergo what is called ‘programmed cell death’ or apoptosis.

The Sirt 1 gene is central to the production of NAD+, a molecule essential for energy production, but which – without positive action – declines as we get older9.

This is another ‘master gene’ – involved in the creation of healthy mitochondria and playing “a central role in the regulation of cellular energy metabolism10” Levels normally drop over the years – meaning you get tired more often as you age.

The Nrf2 pathway is the master system the body turns on when it wants to make its own antioxidants to protect its cells12.

That’s really important because “in-house antioxidants” are far more powerful at quenching or reducing damaging excess free radicals than antioxidants from the diet. (Which helps explain why taking antioxidant supplements on their own appears to have limited effect on health-span.)

Activating Nrf2 is critical in chemoprevention and in protection against cardiovascular, renal, and pulmonary disorders. An article in the National Library of Medicine is titled: “Nrf2, a guardian of health-span and gatekeeper of species longevity4, 3”

Mutations in Mitochondrial DNA (mtDNA) are suspected to be a factor in accelerated ageing, in neurodegenerative diseases and are implicated in prostate issues. On the other hand, stable mtDNA is linked to longevity.

Combination is the key

The above examples are only a fraction of the way in which vitamins, minerals and phyto-nutrients can influence genes and therefore health.

Trials are underway using phyto-nutrients – polyphenols - as support for conventional chemotherapy and reducing side effects15. But it is by combining these natural compounds that you get expect to get the biggest effect16.

Back to NutriShield Premium
References: