Few animals – other than humans and our domestic pets – are troubled with weight issues or obesity. Now scientists at University College London, writing in Scientific American magazine, think they know why.

A genetic mutation that occurred several million years ago in our ape ancestors could well be a cause of the modern problem of obesity and the huge increase in diabetes. 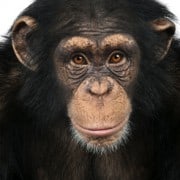 This mutation, in a gene called uricase, enables fruit sugar (fructose) to be converted to fat. This allowed the apes to add on layers of fat so they could survive famines and the colder winters as they migrated north from Africa, and as the climate cooled. Modern humans have retained that mutation.

Normally fructose breaks down to form uric acid in the blood and is excreted in urine. But our modern diets contain so much fructose, and therefore uric acid, that it often cannot be removed quickly enough. Instead it prompts liver cells to turn fructose into fat.

“The gene enables uric acid levels to spike in response to two types of food,” says Peter Andrews, Professor of Anthropology at University College, “– those like beer that produce a lot of uric acid [directly] and those that contain a lot of fructose. These include honey and processed foods that are high in table sugar or high-fructose corn syrup. When uric acid spikes, we become susceptible to obesity and diabetes.”

This helps explain ‘beer belly’ and why corn syrup found in fizzy drinks and many processed foods and ‘low calorie’ foods is now thought to be so damaging to health.

There is another vital reason to cut down on cakes and ale – and those high starch foods like white flour, rice, pasta and potatoes that are quickly converted to glucose i.e. blood sugar. It’s called glycation. Glycation is the process whereby excess sugar in the blood bonds with proteins in your body tissues.  This is a very damaging process. 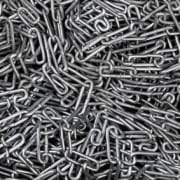 When excess blood sugars bond to proteins in the skin, they become cross-linked like a tangled wire mesh – and the result is that collagen hardens, leading to wrinkling and premature ageing of skin.

When glucose bonds to proteins within arterial blood vessels, it inflames them and the resulting damage can be heart disease.

When proteins in the brain (called amyloid proteins) are glycated, the resulting inflammation is a contributor to Alzheimer’s.

And, whilst excess glucose does not directly trigger cancer, we now know that a high intake of sugar switches on a gene called P53, which speeds up cancer growth. In addition, high sugar intake stimulates the release in the body of insulin and insulin growth factors, which drive cancer growth. And finally, it has long been known that cancer cells are good at utilising glucose as an energy source.

But there is another source of glycation. It happens when sugars are cooked at high temperatures with protein or fats – as in barbecued meats and doughnuts, or when sugar is sometimes added to French fries or baked goods to enhance browning. The resulting compounds – scientifically and interestingly called AGEs (Advanced Glycation End products) – are absorbed as you eat and are not only literally AGEing, but carcinogenic.

So what can we do to protect ourselves? Of course, the priority is to reduce sugar consumption both directly, and indirectly by cutting down on starchy foods.

But there is another very positive step we can take. The bonding of glucose to proteins in the body causes inflammation, and health scientists are agreed that inflammation is the key driver, not only of diabetes, but of heart disease, stroke and dementia.

So adding anti-inflammatory foods and supplements to your diet is an important protective strategy. The supplements include Omega 3 fish oil, curcumin, and polyphenols like green tea and grapeseed extracts.

Dr Paul Clayton designed NutriShield as a supplement that contains all these valuable anti-inflammatory nutrients. See more detail elsewhere on this site. www.nutrishield.com

There is also a valuable and helpful free booklet called Inflamm-ageing on how to simply create your own anti-inflammatory dietary regime. You can download it free now from www.inflamm-ageing.com/

Of course sugar is not the only cause of weight problems – our generally inactive lifestyle is a contributor too. So get active!

Uribarri J, Woodruff S et al. “Advanced Glycation End Products in Foods and a Practical Guide to Their Reduction in the Diet”. Journal of the Academy of Nutrition and Dietetics Volume 110, Issue 6, Pages 911–916.e12