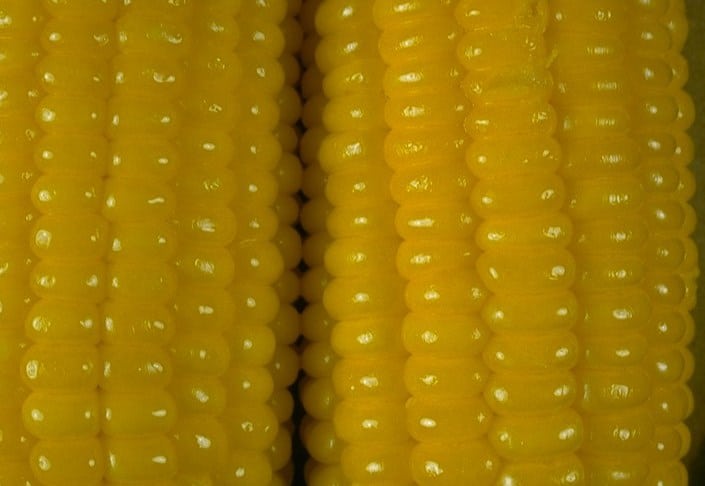 Definitive guide to benefits of glucosamine 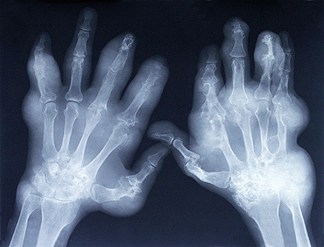 DEFINITIVE GUIDE TO GLUCOSAMINE AT A GLANCE

♦ GLUCOSAMINE has been proven to help improve joint health, but it needs the addition of vitamins C, D3 and K2 to be truly effective
♦ GLUCOSAMINE is also helped by Omega 3 in cases of osteo-arthritis
♦ Pain relief from inflammation can be more safely addressed with curcumin and Boswellia in conjunction with GLUCOSAMINE, rather than drugs with side-effects which can become addictive
♦ There is little evidence for adding MSM or collagen to GLUCOSAMINE, but chondroitin may improve outcomes in cases of joint deterioration

The treatment of osteoarthritis and joint pain through glucosamine, or glucosamine and chondroitin combined, has been controversial.

Controversial, because although millions of people use glucosamine, many organisations – like Arthritis Research UK and the American Academy of Orthopaedic Surgeons – have been unimpressed with the effectiveness of either glucosamine or chondroitin. A BBC report concluded that exercise works just as well as glucosamine.

However, in 2015 a meta-analysis of 54 separate clinical trials on glucosamine was published in Science Reports. It covered a total of 16,427 patients and examined the effectiveness of glucosamine alone, of glucosamine plus chondroitin, and celecoxib, the leading drug that is designed to reduce inflammation and pain.

The conclusion? They were all more effective than a placebo for pain relief and joint function improvement.

In terms of what the report called the ‘structure-modifying effect’, both glucosamine alone and chondroitin alone achieved a statistically significant reduction in joint space narrowing – implying that cartilage had been regrown.

Yes – but that’s not the whole story.

You need more than glucosamine to build cartilage 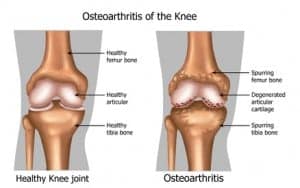 Glucosamine is one of the building blocks of cartilage, ligaments and tendons. It is produced naturally by the body by combining sugars and proteins. Cartilage is the natural cushioning between joints and the lubrication between those joints is called synovial fluid.

Problems and pain arise when, over time, cartilage begins to breakdown – leading to osteo-arthritis. Osteoarthritis (OA), is the most common form of arthritis, and is a significant public health problem – affecting an average of 25% of men and somewhat more women over the age of 60 years.

The theory is that by supplying more of the glucosamine building block, it should give your body what it needs to make repairs and increase the level of cartilage. In turn, that should improve mobility and reduce pain.

But that misses the point that cartilage repair needs more than glucosamine. In particular, production of cartilage needs vitamins C and D.

In addition, researchers have noticed that people low in vitamin K2 have significantly worse cartilage loss and arthritis symptoms – because vitamin K plays an important role in both cartilage and bone mineralisation.

And vitamins C, D and K2 are missing in most glucosamine joint supplements.

The addition of Omega 3

Recent research conducted at the University of Bristol and funded by Arthritis Research UK – has also found that Omega-3-rich diets may reduce arthritis symptoms “by 50 per cent compared to a standard diet”. They noted that:

“classic early signs of the condition (ie arthritis) such as the degradation of collagen in cartilage and the loss of molecules that give it shock-absorbing properties, were both reduced with omega-3.”

The Bristol study was conducted with guinea pigs who are prone to arthritis, but the biological processes are the same in humans.

We can now see why studies on glucosamine alone have historically shown such varied results. Very rarely does one nutrient have a major impact on health. The body is complex and only a range of nutrients working synergistically is likely to have a significant result.

Combine glucosamine with vitamins C, D2 and K2 plus Omega 3 and you have a formula for an effective way to start building cartilage.

But even that’s not enough!

You need safe pain relief too

Osteoarthritis is an inflammatory disease – as is any disease ending in ‘-itis’. And it’s the inflammation that ultimately causes the pain.

So, to have a comprehensive approach to arthritis, you need not just the nutrients that help rebuild cartilage – but to reduce pain whilst that rebuilding process is going on.

The problem with drugs

The pharmaceutical drug to tackle inflammatory pain is celecoxib. It is a Cox-2 inhibitor – hence the ‘coxib’ part of the name – meaning coxinhibitor.

Classified as an NSAID – a Non-Steroidal Anti-Inflammatory Drug – Celecoxib works by blocking a pain pathway. [It blocks an enzyme called 5-lipox that makes prostaglandins and reducing prostaglandins reduces pain and swellings.]

However, there have been fears that NSAIDs could increase heart attack risk. Other side effects can include stomach upsets and headaches.

Fortunately, there are natural and safe Cox-2 pain inhibitors, the most effective being curcumin and Boswellia.

“Turmeric extracts and curcumin can be recommended for alleviating the symptoms of arthritis, especially osteoarthritis.”

Curcumin, however, has a disadvantage in that it is not very bio-available – ie. not easily absorbed in the gut. But it can be ‘standardised’ at a high purity (over 90%) level and, if it is accompanied by natural ingredients such as piperine and lecithin, its bioavailability is increased many times.

Piperine is derived from black pepper and lecithin is an essential fat that helps regulate kidney function.

Boswellia serrata has been used for centuries for arthritis and other inflammatory conditions, as it inhibits a pro-inflammatory enzyme called 5-lipoxygenase. Arthritis sufferers have found it can bring substantial relief from swelling and stiffness in as little as 7 days.

A randomised double-blind trial (the gold standard in medical research) published in Phyto-Medicine concluded that:

“Boswellia is recommended in patients with osteoarthritis of the knee, with possible therapeutic use in other arthritis.”

Boswellia is derived from the a relative of the frankincense plant (given by the Three Wise Men!) and recently researchers have also been focusing on its anti-cancer potential.

Specifically, Boswellia includes terpenes which are strong-smelling compounds that create the perfume of incense. But in this case, the terpenes in Boswellia inhibit certain pro-inflammatory proteins (called cytokines) that can damage DNA, promote tumour growth and destroy healthy cells.

Excess pro-inflammatory cytokines are indeed the driver of inflammation generally and arthritic damage specifically. And that and an explanation of the role of prostaglandins is explored in this article by Dr Paul Clayton.

The prestigious Mayo Clinic has studied joint supplements and their conclusions are that:

“Research has not found any proof that these extra ingredients (ie. chondroitin, MSM or shark cartilage) make glucosamine more effective than glucosamine alone.”

Methylsulfonylmethane is a naturally occurring form of sulphur that supports muscles and tendons. It is not, however, part of the process that helps rebuild cartilage.

This is a protein and an essential structural component in skin, cartilage and ligaments and tendons. Indeed, it’s the main protein in the body overall.

There is some evidence that a collagen supplement can help alleviate joint pain, but it may be better – considering how abundant collagen is – to support the body’s own creation of collagen. That requires vitamin C, vitamin E, copper and zinc – all co-factors for collagen.

Some people, like Salma Hayek and Elle MacPherson, swear by bone broth which is full of collagen because they believe it makes their skin look younger.

Chondroitin, like glucosamine, is found naturally in your body. It is a vital part of cartilage, giving it elasticity by helping it retain water.

Laboratory studies have found that chondroitin can reduce the activity of enzymes and substances that break down collagen in joints. And other studies have demonstrated that it has several anti-inflammatory properties.

Arthritis UK reports that evidence of use of chondroitin as a joint supplement “… is inconsistent, but many show that it has significant clinical benefits in reducing pain and painkiller use”.

A 2017 article in the British Medical Journal reported research published online in the Annals of the Rheumatic Diseases that:

Chondroitin and glucosamine are very similar in the way they affect cartilage – which is why the major study in Science Reports already quoted concluded that you can take either glucosamine or chondroitin and get relief. Combining them may offer a small advantage.

Glucosamine does NOT cause liver damage

There have been a (very) few concerns that glucosamine might cause liver damage. But data from the numerous trials in human volunteers for both glucosamine (and chondroitin), as well as the more limited animal toxicology data, do not indicate any adverse effects of glucosamine on the liver. Glucosamine occurs naturally within the human body and no plausible mechanism by which it might cause hepatotoxicity is apparent.

Glucosamine on its own has a positive effect on joint mobility. But that is improved by the addition of vitamins D3 and K2. Adding Omega 3 to your diet or supplement regime will further improve outcomes.

In NutriShield Premium, a daily comprehensive supplement containing 43 nutrients, designed by Dr Paul Clayton, former Chair of the Forum on Food and Health at the Royal Society of Medicine, the daily dose includes 415mg Glucosamine, 250mg of 95% Curcuminoids (supplemented with piperine), 650mg of Omega 3 fish oil, 500mg of Vitamin C, 20mcg of Vitamin D3 and 75mcg of Vitamin K, of which 25mcg is K2.

In a joint supplement, make sure that the curcumin is at least 95% pure, and its bio-availability is enhanced with piperine and lecithin. That combination is in JointShield – see https://www.uni-vite.com/jointshield/whats-in-jointshield/

supplement with OPTIMUM levels of 43 essential nutrients including polyphenols and flavonoids from fruits, vegetables and other plants, Omega 3, glucosamine and soy isoflavones. See more detail elsewhere on this site or click on the button.

Effectiveness and safety of Glucosamine, chondroitin, the two in combination, or celecoxib in the treatment of osteoarthritis of the knee: Chao Zeng, et al: Sci Rep. 2015; 5: 16827.