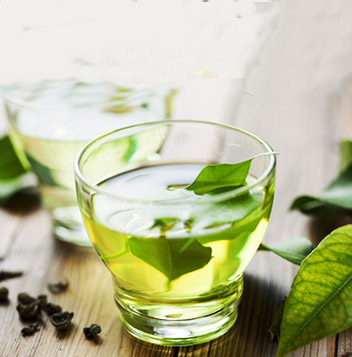 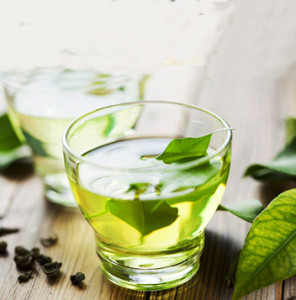 DEFINITIVE GUIDE TO GREEN TEA AT A GLANCE

Does clinical evidence support green tea’s image as an exceptionally healthy drink – and indeed as a supplement?

It does. The benefits include a reduced risk of cancer, lower blood pressure – thereby reducing the risk of heart disease and stroke – and possibly improved mental function and increased metabolism.

The most comprehensive clinical review of the benefits of green tea in recent years starts as follows:

“The health benefits of consuming green tea, including the prevention of cancer and cardiovascular diseases, the anti-inflammatory, anti-arthritic, anti-bacterial, anti-oxidative, anti-viral, neuroprotective, and cholesterol-lowering effects of green tea and isolated green tea constituents (ie extracts) are under investigation.”

That’s quite a roll call of potential health benefits.

“Green tea consumption has been linked to the prevention of many types of cancer, including lung, colon, (o)esophagus, mouth, stomach, small intestine, kidney, pancreas, and mammary glands. Several epidemiological studies and clinical trials showed that green tea may reduce the risk of many chronic diseases.

“This beneficial effect has been attributed to the presence of high amounts of polyphenols, which are potent antioxidants. In particular, green tea may lower blood pressure and thus reduce the risk of stroke and coronary heart disease.”

The micronutrients in Green Tea

The key plant micronutrient accounting for green tea’s health benefits is known as EGCG, a type of catechin polyphenol called epigallocatechin-3-gallate. It is a very powerful anti-inflammatory and anti-oxidant, protecting cells and DNA against free radical damage which is at the heart of ageing, heart disease and some cancers.

Matcha green tea as a drink is the best – containing up to 80 times the EGCG levels of ordinary green tea.

We’ve already seen that green tea has both anti-inflammatory and anti-oxidant effects.

Oxidative damage to DNA is an initiator of cancer. Inflammation also actually causes some cancers and creates an internal environment where other cancers are more likely to spread.

The American Association of Cancer Research have concluded that:

“The polyphenols present in green tea help prevent the spread of prostate cancer by targeting molecular pathways that shut down the proliferation and spread of tumour cells, as well as inhibiting the growth of tumour nurturing blood vessels”.

(Soy isoflavones also discourage the growth of the blood vessels that feed tumours).

But it’s not only the reduction in prostate cancer that means green tea and green tea supplements should feature in your overall health programme. Breastcancer.org advise that:

“In laboratory and animal studies, EGCG has been shown to limit the growth of breast cancer cells and other types of cancer cells. One study of Asian-American women found that those who drank more green tea were less likely to develop breast cancer.”

There is even evidence that EGCG, in addition to acting an anti-tumour agent, also helps modulate tumour cell response during chemotherapy.

An analysis in the British Journal of Nutrition in 2014 of 25 randomised controlled trials concluded that long-term green tea intake significantly improved blood pressure.

“After 12 weeks of drinking tea, blood pressure was lower by 2.6 mmHg systolic and 2.2 mmHg diastolic.

“The present findings suggest that long-term (over 12 weeks) ingestion of tea could result in a significant reduction in systolic and diastolic BP.”

“Reducing systolic blood pressure by 2.6 mmHg ‘would be expected to reduce stroke risk by 8 percent, coronary artery disease mortality by 5 percent and all-cause mortality by 4 percent at a population level…”

It appears that these heart health benefits are largely due to the ability of green tea to relax blood vessels called endothelial cells, which line the body’s circulatory system. This effect is rapid – occurring in as little as 30 minutes from consumption. This also has the effect of helping protect against blood clots.

Green tea also includes both caffeine and an amino acid called L-theanine. In turn, L-theanine increases the activity of a neurotransmitter called GABA. The result of this sequence is to increase levels of dopamine in the brain which reduces anxiety, whilst simultaneously increasing alertness.

Results of a study reported in the American Journal of Clinical Nutrition showed that 90mg of a green tea supplement taken 3 times a day appears to exert a thermogenic effect – ie. it increases metabolism and energy expenditure.

So green tea could be helpful as part of a weight control programme, but it is unlikely to work on its own unless there is an accompanying reduction in calories.

Indeed, a subsequent double-blind trial reported in Clinical Nutrition showed no real effect on body weight – BUT it did confirm that the group taking green tea supplements had a:

Green tea contains an unusually wide array of vitamins and minerals in addition to its catechins – including vitamins A, C, D, E, B5 and K, and minerals such as manganese, zinc, chromium and selenium.

You may like to squeeze a little lemon juice into your cup of green tea – or buy green-tea-with-lemon. Researchers have shown that vitamin C may increase the bioavailability of catechins by more than 500%!

Once again, however, neither green tea nor green tea supplements on their own are the only or ideal health protective nutrients. NutriShield Premium is a daily comprehensive supplement containing 43 nutrients including 150mg of standardised polyphenols with 75mg of EGCG and 37.5mg of other catechins, designed by Dr Paul Clayton, former Chair of the Forum on Food and Health at the Royal Society of Medicine.

supplement with OPTIMUM levels of 43 essential nutrients including standardised green tea extract, polyphenols and flavonoids from fruits, vegetables and other plants, Omega 3, betaine and soy isoflavones. See more detail elsewhere on this site or click on the button.