Many people take a vitamin and mineral supplement as a form of ‘health insurance’. To make sure they really are getting the nutrients they need. Because there is a perception that intensive farming, fast and processed foods and modern plant breeding have all reduced the nutritional value of food.

But is it true? And if so – is a simple vitamin and mineral pill enough anyway?

The nutritional declines are real

Donald Davis and his team from the University of Texas are leading researchers in this field. They studied U.S. Department of Agriculture nutritional data from both 1950 and 1999 for a total of 43 different vegetables and fruits. They found “reliable declines” in the amount of calcium, phosphorus, iron, vitamin B2 and vitamin C and protein over the 50 years.

They commented: “Efforts to breed new varieties of crops that provide greater yield, pest resistance and climate adaptability have allowed crops to grow bigger and more rapidly, but their ability to manufacture or uptake nutrients has not kept pace with their rapid growth.”

Combining studies reported by the Kushi Institute, the Worldwatch Institute, The British Food Journal and a recent report in the New Scientist, it appears that there have been declines in:

An article in Horticultural Science points out that the balance of nutrients is also often badly affected. For example, raspberries growing in fertilised soil contained, not unexpectedly, more phosphorus but significantly less of other minerals – with up to 80% less copper. Another study shows today’s broccoli varieties have 67% less calcium than those in 1950.

The trend applies also to animal products. Meat, eggs and dairy products from animals raised on pasture as opposed to intensive farming are higher in vitamins A, D, E, beta-carotene and have a better ratio of Omega 3 to Omega 6 fatty acids.

That’s important because Omega 3 is anti-inflammatory and Omega 6 is pro-inflammatory. And we now know that what is called ‘chronic sub-clinical’ inflammation is a root cause of almost all age related disease – heart disease, stroke, dementia and diabetes. It also creates an environment conducive to the spread of cancer.

Chronic simply means long term and sub-clinical means undetectable, which of course makes it all the more dangerous. Unfortunately this type of inflammation within the tissues of the body increases as we get older.

The way we transport and store food can affect the nutritional values too. A 2003 study showed that broccoli stored in supermarket conditions had lost over 70% of an important protective compound called glucosinolate and 60% of its flavonoid antioxidants – both of which have cancer fighting and ant-inflammatory properties.

Tomatoes are mostly picked green so they bruise less easily in transport – and then sprayed with ethylene to ripen them. The result is lower anti-oxidant activity.

In the interest of balance it should be said that some processing does actually enhance nutritional value. So freezing peas retains their vitamin C content far better than peas bought in the supermarket and shelled yourself.

Similarly the bio-availability of lycopene in tomato sauce or puree is better than in fresh, uncooked tomatoes. Lycopene has been shown to help protect against cancer and I encourage men with prostate issues to consume as much as they are realistically able. I always cook tomatoes in olive oil which maximises the availability of the lycopene content.

There has been a trend over at least the last 60 years for plant breeders to reduce bitterness and astringency and increase mildness and sweetness, because they are more popular. But the only way to do this has been to reduce the level of phyto-nutrients in fruits and vegetables (phyto means plant-derived).

The problem is that these phytonutrients are exactly the compounds that make fruits and vegetables so health protective. Studies show that much of our produce is now lower in phyto-nutrients like polyphenols and flavonoids, which have the potential to reduce the risk of cancer, cardiovascular disease and dementia.

These protective phtonutrients include sulforaphane in broccoli; the glucosinolates which give cabbage, kale, chard, Brussels sprouts and cauliflower their bitter taste; epicatechin in dark chocolate, and genistein in soya beans. All have anti-inflammatory and anti-cancer properties.

When cell communication breaks down, the incidence of cancer increases. Other phytonutrients like lutein and lycopene help ensure effective communication between cells – leading to healthier tissues and organs.

Yet all these phyto-nutrients are the very compounds that have been reduced in our produce by plant breeders to pander to our sweet tooth. 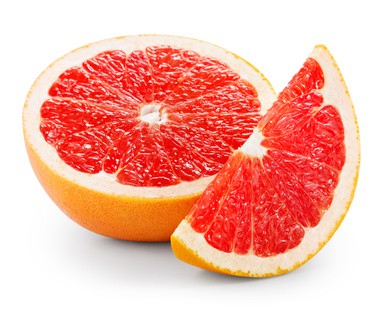 A good example is grapefruit. Forty years ago most grapefruit was white. It was more bitter because it contained the phyto-nutrient naringin.

Researchers have found that naringin may inhibit the growth of breast cancer cells and trigger what’s called apoptosis (cell suicide) in cervical cancer cells. The trouble is that the far sweeter pink and red grapefruit varieties have much less of this protective compound.

The trend extends to the processing of fruit juices. Citrus juices in their original state contain high levels of phyto-nutrients like limonins and naringin – much of it stored in the peel. But manufacturers filter a lot of them out to create a sweeter end product.

Finally, there is interesting evidence that the bitter phyto-nutrients may have a role to play in regulating appetite – so eating the more bitter plant foods should be good for our waistline.

The case for supplements

It is fair to say that the nutritional value of our fruits and vegetables has been compromised. But of course they are still absolutely necessary. So the priority is to eat more vegetables, fruits, whole grains, nuts and beans. And to eat less refined sugars, white flour and rice which have suffered far greater reductions in nutritional value than fruit and vegetable produce.

But should you also supplement? Dr Paul Clayton is the former chair of the Forum on Food and Health at the Royal Society of Medicine. He has no doubt you should, not least because we modern humans have also significantly reduced our food (calorie) intake over the last 50 years to try to compensate for a far less active and physical life style. And less food equals less nutrients.

As a result, many people are depleted in several of the ‘classic’ vitamins. Although the USDA survey referred to below is 20 years old, the situation has not improved. And Vitamin D was not included, whereas the latest indication is that a majority of people living in the northern hemisphere have an intake of vitamin D that is far from optimum for at least 6 months in the year.

But, says Dr Clayton, a simple vitamin and mineral pill is not enough. To stay healthy long-term you need to supplement with the defensive phyto-nutrients and anti-inflammatory nutrients. They include lutein, lycopene, polyphenols like green tea extract, grapeseed extract and curcumin. And you should add Omega 3 fish oil to your supplement regime.

Dr Clayton has designed NutriShield as a supplement that does this. See more detail elsewhere on this site. www.nutrishield.com

There is also a valuable and helpful free booklet called Inflamm-ageing on how to simply create your own anti-inflammatory dietary regime. You can download it free now from www.inflamm-ageing.com/

Crop Yields Expand, but Nutrition Is Left Behind. www.worldwatch.org

Declining Fruit and Vegetable Nutrient Composition: What Is the Evidence? Horticultural Science