Why a bronze medal makes you happier than a silver

Who doesn’t want to be happier?

Yet how much time do you devote to what makes you really happy?

I write on the science of staying well – and the following 6 ways to become happier are based, not just on centuries of wisdom, but on sound science. They work.

One of the main tenets of Buddhism is gratitude. Too often we concentrate on what we don’t have, instead of what we do have. By initially writing down 5 things you are grateful for, adding to the list and reviewing them regularly – you automatically ‘accentuate the positive’.

2 Change NOW what you will come to regret later

Regretting a foolish action can be a learning experience – as long as you don’t dwell on it. Learn from it, forgive yourself and move on. Just as forgiving others, letting go of anger and moving on benefits YOU far more than the person who initially did you the harm.

But regretting what you didn’t do, but could have done, is betraying yourself.

A book that has inspired and changed the lives of many people is The Top Five Regrets of the Dying by Bronnie Ware. Bronnie was a hospice nurse in Australia for several years and was astonished that the regrets people had at the end of their lives were so similar.

So many of us tolerate unfulfilling jobs and careers. We’re too diffident to say what we really mean or want. We keep postponing that trip of a lifetime. And then it’s too late.

The days may seem long – but the years are short.

The regrets that people voiced again and again were:

I wish I’d had the courage to live my life that was true to myself and not the life others expected of me.

They regretted that they had allowed their dreams to remain unfulfilled. They failed to seize the day.

Marlon Brando’s character in On the Waterfront muses that “I could have been a contender”. But he let the chance slip by, because he gave in to a threat from a mob boss and threw a fight.  He could have been – but he wasn’t.

I wish I hadn’t worked so hard.

The need for work-life balance is real. Of course, we all want to spend more time with the family, but even small improvements help. Being sedentary, sitting for hours without a break, is as bad for health as smoking!

So if that’s you, take a break every hour for a minute or two. Now?

I wish I’d had the courage to express my true feelings.

So many of these people in the last days of their life regretted suppressing their true thoughts and feelings in order to keep peace with others. This fear prevented them from becoming what they were capable of. Courage is not the absence of fear but the conquering of it.

Steve Jobs put it well: “Your time is limited, so don’t waste it living someone else’s life.”

I wish I had stayed in touch with my friends.

We get so caught up in our work or daily lives that we let friendship slip by. We let the seemingly urgent supplant the actually important.

A simple message, note or thoughtful email, sent out of the blue to a loved one or friend, will brighten not just their day, but yours too. What would it mean to your partner to get a message right now that simply says “I love you”?

Psychologists confirm we like compliments more than money. One of the best ways to make yourself happy is to make others happy. Pay a compliment today. Let your daughter know how much that phone call meant to you. Or your son know how much you enjoyed the book he recommended.

Studies show that practising a religion increases life satisfaction – but a study of over 3,000 adults showed it was not the religion as such, but the friendships made within the religious community, that made the difference. The connection to like-minded people. We are social animals.

So reach out to a friend you haven’t spoken to for some time.

I wish I had let myself be happier.

Surely the saddest regret of all. You don’t get a second chance at life – this is it. We are the creators of our own happiness.

There’s a common denominator in all these 5 regrets – failure to act when it was in your power.

Exercise is a great example for me. I know all the facts – that exercise releases feel-good endorphins, boosts mood and increases energy. It reduces the risk of EVERY main cause of mortality, dementia, heart disease, stroke, and some cancers.  Yet I often let the day go by without taking time to exercise – because “I am too busy”.

It’s totally in my control to make time for a 30-minute walk.

I’ll do it today! No excuses. Will you?

Years ago I helped many thousands of people who were desperate to lose weight. The single most successful slimming strategy cost nothing. It was to focus completely on what you are eating and get full enjoyment from it.

It sounds counter-intuitive – surely would-be slimmers should be trying to ignore food?  No – the secret was to slow down and fully savour the moment and the taste.  As a result, they became conscious of when they were full, knew when to stop and ate less.

This of course is essentially mindfulness. Being in the moment, fully concentrating on what you are doing – whether that’s eating, relating to your partner or companion, or listening to music. And not multi-tasking, especially with your mobile phone!

So close your eyes, take a deep breath and really taste that square of chocolate. Or stop and really drink in that view. 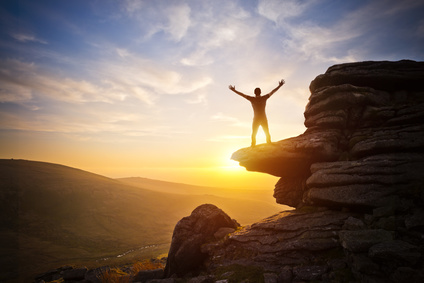 4 Have goals or projects

The purpose of life is a life of purpose.

I love this aphorism. We lose track of time when we are in a state of ‘flow’ – when we are engaged in doing something we really believe in.

Being in a wheelchair, with extremely limited ability to move, would surely curtail happiness? Yet Stephen Hawking states he is happy – because he has a clear purpose. He is making a difference.

We can’t all be theoretical physics geniuses, but we can all make a difference. We can all be the best possible versions of ourselves.

One of the facts about goals is that they are rarely accomplished without overcoming some failures along the way. And that sense of achievement, surmounting setbacks, is what makes for happiness, not necessarily the attaining of the goal itself.

You don’t have to be still in a career or job to set goals or take on projects. It’s possibly even more important to set goals if you have retired. Having goals includes continuing to learn. And learning something new is a proven way to cut the risk of mental decline.

Carol Dweck is a psychology professor at Stanford University. She distinguishes between people who have a ‘fixed’ mindset and a ‘growth’ mindset.

Fixed mindset people believe they are born with certain qualities and talents and they can’t be changed.

Growth mindset people believe that they can always develop more. They still encounter setbacks, but they keep encouraging themselves until those challenges are overcome.

You can set a goal of pleasure, but that’s a temporary feeling and often rather disappointing when attained. But you can’t set a goal of being happy – it’s a by-product of achieving other goals.

So what are your goals? What will you learn this year?  What is the best possible version of yourself?

or – Enough is enough!

Gretchen Rubin embarked for a year on what she called her Happiness Project, which became a best-selling book. One of her breakthroughs was realising that accepting ‘good’ made her far happier and more productive than pushing for an unattainable perfect and getting nowhere near achieving it.

In one example, she told a friend that she was sending out happy-birthday emails. He said, “Oh, you shouldn’t email! You should call or write a hand-written note, that’s much nicer.”

True, she said, but I won’t. It’s better to get something done imperfectly than to do nothing perfectly.

I equally know that if you are ‘well brought up’, you write a thank-you note after dinner at a friend’s. But I send an email. It’s not perfect but it’s good.

Enough is enough summarises the influence of money on happiness.

Can money buy you happiness? Yes, but only up to a certain point. So ditch that super-yacht.

You do need money enough to eat properly, educate your children, be comfortably housed and feel secure.  That’s the type of happiness related to life satisfaction rather than day to day mood.

What’s the optimum income level? It’s quite high. A Gallup survey of 450,000 responses in the USA put it at a family disposable income of $60,000 – about their national average household income.  That’s about £40,000 total disposable family income in UK terms.

Beyond a certain level, however, every survey of happiness and money shows that people who are most materialistic rate their lives as the least satisfying.

This is certainly not to ignore the fact that poverty, and the sense of lack of control and stress that accompanies it, has a devastating impact on happiness.

Enough is enough is another way of saying that happiness comes, from wanting what you have, not from wanting more.

6 Take care of your health

You are a very different person from last week. Here’s why:

BUT as we get older, cell turnover rate slows down.

Your body makes every new cell from the quality nutritional content of the food – what you eat literally becomes what you are. SO … you have a choice of what you are made of! 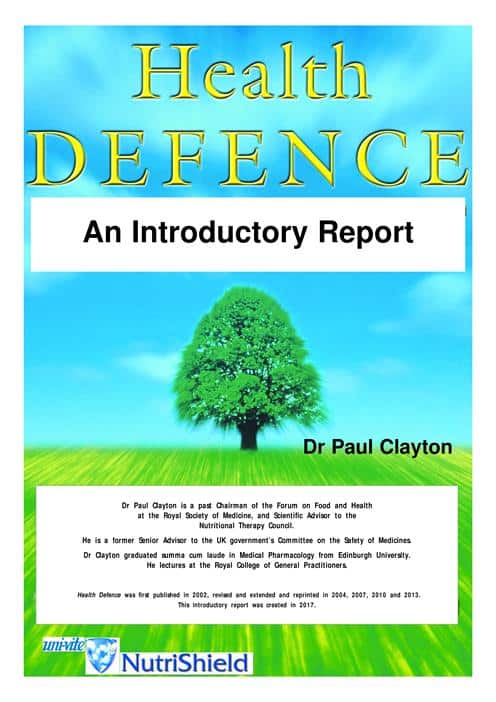 As I said in the opening, I write on the science of staying well.

And I believe the best summary of good nutritional choices is an introductory report to his seminal book by Dr Paul Clayton, the former Chair of the Forum on Food and Health at the Royal Society of Medicine.

It’s called Health Defence – An Introductory Report, it’s free and you can download a copy here.

So do it – become happier

As we’ve seen from this article, happiness is not something to passively hope for. It’s the result of positive actions.

As a final incentive to take action, here are some facts about happy people.

Regrets of the Dying