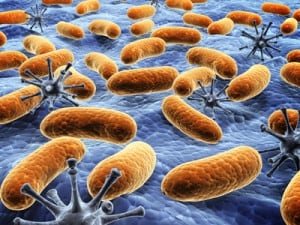 We’ve just had yet another warning – this time unexpectedly from the IMF (International Monetary Fund) – that the rise of ‘super-strains’ of deadly bacteria, which resist all known antibiotics, is threatening our medical system, our economies and our families.

The Sunday Times on 15th May highlighted the fact that a simple scraped knee or urinary tract infection (UTI) could lead to complications ending in death – because the antibiotics failed to deal with the progressive breakdowns involved.

Antibiotic drugs in crisis due to over-use

Because antibiotics have been so over-used, Margaret Chan, Director General of the World Health Organisation (WHO) predicts

“the end of modern medicine.“

The US Food and Drug Administration (FDA) has just gone so far as to advise doctors not to use a commonly prescribed class of antibiotics called fluoroquinolone.

“… the rise in antibiotic-resistant diseases could trigger a national emergency comparable to a catastrophic terrorist attack, pandemic flu or major coastal flooding.”

She is on record as saying we could routinely see deaths from minor surgery if new antibiotics are not discovered – highlighting the immediate threats that antimicrobial resistance poses.

Lord O’Neill, who is heading a government review on anti-microbial resistance, forecasts that 10 million people will die each year by 2050 if nothing is done. And Big Pharma is way behind on developing new antibiotics because it has not been profitable enough. In fact O’Neill calculates that the pay-out period for an effective new antibiotic could be as much as 23 years.

So how do we best protect ourselves and our families? What natural ways to boost our immunity levels are proven to work?

The basic problem is that the bugs breed thousands of times faster than we do – so they mutate and develop resistance faster than we can modify antibiotics. The frightening implication is that routine operations could become dangerous to carry out, and minor cuts and grazes become potentially life-threatening.

In these circumstances we need to look at the most powerful natural ways to boost our immune system so it is strong enough to overcome external threats before antibiotics become necessary.

Your first line of defence against the threat of bugs, viruses, bacteria is what is called your Innate Immune System. This is your ‘front line’ immune system. Its cells continuously patrol the body looking for foreign invaders – virus, bacteria or even abnormal cells. It includes Natural Killer cells, macrophages and neutrophils.

You have another, second, line of defence which is the Acquired Immune System. This is the one that ‘remembers’ a previously encountered pathogen or illness and reacts by producing antibodies.

But that assumes you have encountered the threat before. So supporting the Innate immune system is a logical priority.

1. Eat 9 portions of fruit and vegetables a day

Nine!!??? Yes, the American Cancer Society and others are now saying that you need this number and variety of fruits and vegetables, because they contain polyphenols (flavonoids), vitamins and minerals like vitamin A, C and D, zinc and carotenoids that strongly support the immune system.

Nine portions is a challenge, but unlike simple one-a-day A-Z vitamin supplements there are nutritional supplements that include other vital nutrients extracted from fruits and vegetables that the immune system needs – like green tea, vitamin D3, lycopene, lutein, zinc and flavonoids. See nutrishield.com. NutriShield also includes vitamin C at 500mg a day, which research indicates may be the threshold for immune-building.

But that doesn’t have to mean a gym membership – see https://nutrishield.com/best-activity-health-effects/

Garlic contains sulphuric compounds, like allicin, which create immune-boosting effects. When UK researchers gave 146 people either a placebo or a garlic extract for 12 weeks, they found the garlic takers were 60% less likely to catch a cold.

But we have cleaned up our environment so much with anti-bacterial sprays and over-processed food produced in sterile environments, that our immune systems now get less challenge and are working at a lower level of efficiency. This is the so-called ‘hygiene hypothesis’.

This is not an excuse for an unhygienic home (!) but the answer is a natural supplement called 1-3, 1-6 beta glucans. Because these beta glucans are derived from yeast cell walls, the special receptors in your immune system recognise them as a potential threat (as mould would be) and increases the number and activity of defensive neutrophils and Natural Killer cells in the bloodstream.

The beta glucan extract with the most extensive clinical trial data is called Wellmune. Clinical research shows that Wellmune beta glucans do indeed enhance the immune system. In tests by the Department of Defence of a major NATO country, Wellmune was rated the number 1 ‘immuno-modulator’ ie. immune booster. Wellmune beta glucans are the main ingredient in ImmunoShield – see immunoshield.com.

If the numbers and range of these ‘friendly’ microbes are reduced – which happens for example if you are on antibiotics or have a sub-optimal diet – you become much more vulnerable to pathogens and infections like C difficile and Salmonella.

If the microbiome is not properly nourished, the gut becomes more permeable, which can allow toxins to leak into the bloodstream, triggering inflammation.

The reason many modern medicines (including penicillin) are derived from fungi is because fungi have evolved many antibiotic properties of their own. Mushrooms contain zinc and vitamin D and help increase the production of white blood cells. Shiitake, reishi and maitake mushrooms are possibly the most beneficial but all mushrooms are good for your immune system.

10. Enjoy all foods from the sea regularly

Sea foods are rich in zinc and selenium, which helps white blood cells produce cytokines—proteins that help eliminate flu viruses from the body.

Add a liberal dose of laughter

A study conducted by Dr Lee Berk of Loma Linda University School of Medicine in California showed that men who watched a comedy video for an hour had a significant reduction in cortisol – the stress hormone – and a ‘significant’ boost to immune function, including higher levels of antibodies and natural killer cells.

Of course I am not saying that these measures would be enough, on their own, to cure you of a major infection once it has taken hold.

But they are 10 ways to raise your ongoing immunity levels to help head off an attack in the first place.