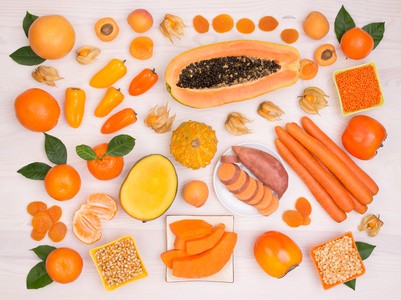 DEFINITIVE GUIDE TO CAROTENOIDS AT A GLANCE

Carotenoids are the pigments that give vegetables and fruits their red, yellow or orange colour. There are many carotenoids, but the best studied and most protective are beta carotene, lycopene, lutein and zeaxanthin (pronounced pronounced zee-uh-zan-thin)

According to the US Physicians Committee for Responsible Medicine:

“Studies have also suggested that carotenoids may help prevent skin, breast, and prostate cancer. Some carotenoids are also converted to vitamin A, which is necessary for healthy vision and cell growth.”

“Dietary carotenoids are thought to provide health benefits in decreasing the risk of disease, particularly certain cancers and eye disease.

“Lutein and zeaxanthin may be protective in eye disease because they absorb damaging blue light that enters the eye.”

A large-scale study called The Age-Related Eye Disease Study (AREDS2) found a very clear reduction from the risk of Age Related Macular Degeneration when lutein, zeaxanthin, vitamin C and zinc were combined in a supplement.  It did not, however, find that this combination reduced the risk of cataracts.

The Linus Pauling Institute based at Oregon State University notes that cooking – especially when it involves some fats – helps release plant carotenoids for better bio-availability. They also confirm that:

“… because they do not need to be released from the plant matrix, carotenoid  supplements  (with oil) are more efficiently absorbed than carotenoids in food.”

The condition called macular degeneration is the leading cause of loss of vision. And because it occurs most often after the age of 60, it’s usually referred to as Age related Macular Degeneration – or AMD.

Two studies confirm that the risk of AMD can be cut substantially through taking supplements. They are called AREDS 1 and 2.

AREDS stands for Age Related Eye Disease Study. Both studies were conducted by the National Eye Institute – a part of the US Government’s National Institutes of Health.

AREDS1 reported in 2001 and since the results were good, it was followed by AREDS2, which started in 2006 and ran 5 years. Its purpose was to see if an improved nutritional formula would work even better.

The supplements the studies used are both high anti-oxidant formulae. They included the carotenoids lutein, beta carotene and zeaxanthin, plus high dose vitamin C and a small number of selected minerals.

According to the Linus Pauling Institute,

“Dietary lutein and zeaxanthin are selectively taken up into the macula of the eye, where they absorb up to 90% of blue light and help maintain optimal visual function.

“Randomized controlled trials found that lutein and zeaxanthin supplements could improve visual acuity and slow the progression to advanced AMD in subjects with AMD.”

Researchers at Harvard University have separately found that supplementing with 6 milligrams daily of lutein can lower the risk for macular degeneration by an average of 43 percent.

Other research at the Department of Pharmacology at the All India Institute of Medical Sciences suggests that combining lutein with lycopene may confer even greater protection against AMD.

Moreover, lycopene may also have the ability to prevent or delay cataracts in a large majority of cases.

Carotenoids are also present in the skin. Just as lutein helps to filter the high energy wavelengths of light to prevent vision damage, it can filter this UV light out to help prevent skin damage.

Although the studies were not done on humans, the indications are that lutein can protect against light-induced skin damage and therefore signs of ageing.

Lutein as part of an anti-cancer regime 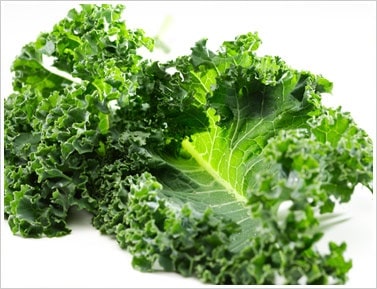 The presence of lutein in leafy greens and kiwi fruits is hidden due to a masking effect from the green chlorophyll over the normal red/yellow/orange colour.

Lycopene is a carotenoid and the red pigment found in tomatoes, but also pink grapefruit and papaya. Lycopene is a powerful anti-oxidant which plants produce to protect themselves from solar radiation – and when we eat plants or take a lycopene supplement, we inherit that anti-oxidant protection. 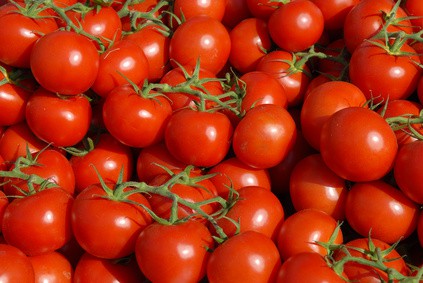 Researchers at the University of Portsmouth studied lycopene’s ability to slow the growth of breast and prostate cancer. They reported in 2016:

Lycopene achieved this by interrupting signal pathways that would normally cause the tumours to grow and proliferate.

Another 2016 study, published in the American Journal of Clinical Nutrition, followed up over 46,000 health professional men over a 23 year-long period.  It showed a significant correlation between high lycopene intake and a reduced risk of prostate cancer. They noted that the consumption of tomato sauce played a role in the process.

Yet another (animal) study shows that lycopene inhibits the growth of renal cell carcinoma, which accounts for 80-85% of malignant kidney tumours.

Lycopene supplements have also been found to speed recovery from HPV infection, a significant cause of uterine cancer.

Lycopene on its own would certainly not constitute the most effective anti-cancer strategy. But combined with other nutrients like lutein, curcumin, green tea, grapeseed extracts and soy isoflavones – together with immune support vitamins A, C, D and E and selenium and zinc and you have a really powerful anti-cancer combination.

A 2015 report in the journal Neuroscience Letters states that:

“Growing evidence suggests concentration of lycopene was reduced in patients with Alzheimer’s Disease (AD). Lycopene has been identified as an antioxidant to attenuate oxidative damage and has a neuroprotective role in several AD models.”

They found that lycopene could down regulate a precursor to the sticky beta amyloid plaques that characterise Alzheimer’s and concluded that: “… increasing lycopene in neurons may be a novel approach to attenuate onset and development of AD.”

In patients who have already developed neurological problems, lycopene has been shown to counteract future cell damage and death in the brain by protecting the mitochondria.

Lycopene in combination against Alzheimer’s – the MIND Diet

As with AMD or cancer, or indeed any health threat, no one nutrient is going to provide a comprehensive defence against Alzheimer’s or dementia. However, lycopene along with Omega 3, curcumin and flavonoids like bilberry extract, grapeseed extract and betaine can all contribute as part of a supplement combination.

The most promising foods to prevent Alzheimer’s comprise the MIND diet (Mediterranean-DASH Intervention for Neurodegenerative Delay diet). The MIND diet was developed by researchers at Rush University as a hybrid of a typical Mediterranean diet and DASH (Dietary Approaches to Stop Hypertension), designed to reduce the risk of high blood pressure, heart disease and stroke.

People who closely followed the MIND diet had a lower risk of developing Alzheimer’s.

Beta carotene is the orange anti-oxidant carotenoid found in foods like pumpkins, carrots, sweet potatoes, mangoes, and apricots. It is also in leafy green vegetables like spinach but the chlorophyll in the leaves hides the orange colour (as with lutein). 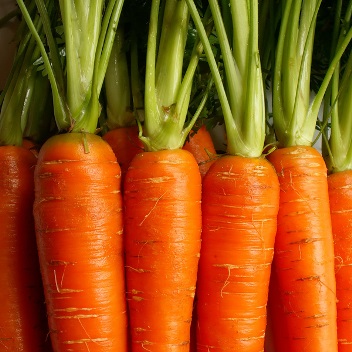 A long-term study in Archives of Internal Medicine by researchers at the Harvard Medical School showed that 4,050 men who had taken a beta carotene supplement for 15 years or more were significantly less likely to suffer from cognitive decline.

Why? The researchers concluded that since oxidative stress and therefore free radical damage to neurons are important contributory factors in the development of mental decline, it was the anti-oxidant function of beta carotene that was the mechanism.

The British Medical Journal published a report in March 2006 which showed that high blood beta carotene levels (and vitamin C) compensate for some of the damage to the lungs caused by oxygen free radicals. This was true for smokers and ex-smokers and may also apply to people exposed to city air pollution.

They found that those with high beta carotene levels had much slower decline in lung capacity. A further study – also in the BMJ – concluded that:

“These results strongly suggest that β-carotene protects against decline in (lung function) over an 8 year period in the general population, and that β-carotene and vitamin E are protective in heavy smokers”.

This last observation is interesting because another study concluded that beta carotene supplementation could actually increase cancer risk in smokers – but not non-smokers.

Once again, we need to caution that no one nutrient will make much difference to disease risk reduction. It’s the combination of a range of nutrients and at optimum levels that makes a real difference in long term health.

Beta carotene is clearly a powerful anti-oxidant and helps prevent DNA damage – but so are vitamin E, vitamin C, selenium and the plant nutrients called polyphenols in bilberry, green tea and grapeseed.

The carotenoids lutein, lycopene, beta carotene, zeaxanthin, alpha carotene and cryptoxanthin, plus over 35 other nutrients, are all included in NutriShield Premium, a supplement designed by Dr Paul Clayton former Chair of the Forum on Food and Health at the Royal Society of Medicine.

supplement with OPTIMUM levels of essential nutrients including polyphenols and flavonoids from fruits, vegetables and other plants like turmeric. See more detail elsewhere on this site or click on the button.