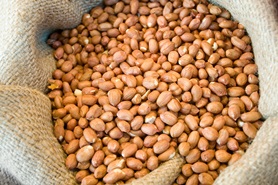 DEFINITIVE GUIDE TO COQ10 AT A GLANCE

♦ CO-ENZYME Q10 can reduce high blood pressure
♦ COQ10 can improve survival after heart failure
♦ COENZYME Q10 can counteract free radical damage along with other anti-oxidants
♦ CO-Q10 supplementation can make up for declining amounts made in the body linked to ageing, thus improving mitochondrial efficiency and energy levels

CoEnzyme Q10 – also known as CoQ10 – is an essential nutrient and a key element in the metabolic reactions that produce energy.

Known as ubiquinone or ubiquinol in its active form, CoQ10 is synthesised within the body naturally and found in every one of its trillions of cells. It is especially needed in those organs with a higher energy requirement – like the liver, pancreas, kidneys and especially the heart. It’s not designated a vitamin, as all animals and humans can make small amounts of CoQ10 on their own without food.

The mitochondria – the tiny ‘energy factories’ inside almost every body cell – need CoQ10, along with B vitamins, to turn other nutrients from food into useable energy.

CoQ10 for heart health as anti-oxidant

Coenzyme Q10 is important as a heart health nutrient. It is an anti-oxidant that helps circulatory health and reduce the potentially damaging oxidation (free radical damage) of LDL (bad) cholesterol.

Supplements of Q10 have been shown to reduce blood pressure significantly and help ensure that heart muscles stay strong.

In patients with actual heart failure, a 2015 study in the Journal of American Cardiology found that – in addition to conventional therapy –

The average Western diet delivers about 10-15mg of CoEnzyme Q10 a day, but the indications are that you need at least 30mg a day for optimal heart health.

You may need more if you are taking statins, which deplete the body of CoQ10 by blocking the body’s ability to synthesise it.

The body’s ability to make its own CoQ10 does decline with age – unfortunately just at the time that the need for both anti-oxidants and energy increases.

CoQ10 deficiency as a result of statin therapy can show up in symptoms that include fatigue and aching joints.

Deficiency is also associated with cardiovascular problems, which can include angina, arrhythmia and high blood pressure.

There is some evidence that it may make the anti-coagulant warfarin less effective.

CoQ10 for the brain and as anti-inflammatory

There is also some indication that Q10 deficiency is linked to declining cognitive powers – as the brain is also energy hungry. Diabetic patients may also become deficient in CoQ10.

Co-Enzyme Q10 works with other nutrients – it helps recycle vitamin C and E, which increases the anti-oxidant impact of all three.

Recent research also indicates that CoQ10 triggers the expression of genes that have an anti-inflammatory effect.

As mentioned, the body can make CoQ10, but needs it from the diet too, particularly in older age.

By far the richest food sources per gram are the internal organs of fish and animals. Nuts and soy are on a par with more regularly consumed meats such as chicken breasts.

A meta-analysis (a summary of many of clinical trials) published in the Journal of Human Hypertension found that CoQ10 supplements were able to significantly lower both systolic and diastolic blood pressure – by over 17 and 10 points respectively.

CoQ10 is a vital part of the process that creates energy (the molecule ATP) within mitochondria. So optimum levels help increase energy and preserve muscle mass.

CoQ10 is an anti-oxidant that reduces free radical damage

Oxidative damage – free radical damage – is deeply implicated in both the ageing process itself and certain illnesses that are linked to getting older, like cognitive decline, heart disease and DNA damage that can lead to cancer.

As an anti-oxidant, CoQ10 will work with other anti-oxidants like Omega 3, vitamins C and E, carotenoids, curcumin, zinc, selenium and manganese to help counter oxidation.

The anti-oxidant role of CoQ10 means that it can help sustain heart health. But no nutrient on its own will make a huge difference.

We also know that betaine is an important heart health nutrient because with B vitamins like folic acid, betaine can lower the levels of an amino-acid called homocysteine in the blood – and high levels of homocysteine can be a warning sign of a potential heart attack.

We do know that CoQ10 levels are generally lower the older you get, and lower in people with reduced cognitive function.

So some researchers believe that adding CoQ10 back can help boost mitochondrial function, maintaining muscle and thus slowing ageing in the body and brain.

As outlined above, it is relatively difficult to get a lot of CoQ10 from foods, as most people these days eat animal organs infrequently.  One of the few comprehensive supplements to include CoQ10 is NutriShield Premium, a daily comprehensive supplement containing 43 nutrients, designed by Dr Paul Clayton, former Chair of the Forum on Food and Health at the Royal Society of Medicine.

supplement with OPTIMUM levels of 43 essential nutrients including CoQ10, polyphenols and flavonoids from fruits, vegetables and other plants, Omega 3, betaine and soy isoflavones. See more detail elsewhere on this site or click on the button.

Coenzyme Q10 in the treatment of hypertension: a meta-analysis of the clinical trials;F L Rosenfeldt et al: Journal of Human Hypertension Volume 21, pp.297–306 (2007)