*and other brain development issues 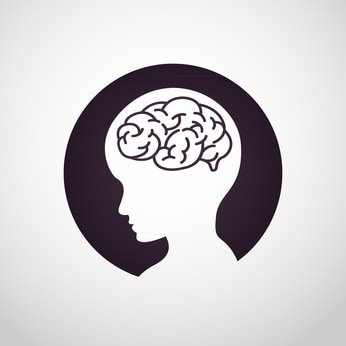 It may even be as high as 1 in 68 in the USA, according to the US Centers for Disease Control and Prevention.

That’s an astonishing 3,500% increase (using the US figures) in a generation, or 35 times more common.

Although it is undoubtedly partly due to better diagnosis, researchers at the University of Queensland’s Brain Institute have identified vitamin D deficiency in pregnancy as a key factor.

The study, led by researcher Professor John McGrath, found that pregnant women with low vitamin D levels at 20 weeks’ gestation were 400% or 4 times more likely to have a child with autistic traits by the age of six.

“This study provides further evidence that low vitamin D is associated with neurodevelopmental disorders,” said Professor McGrath, who had previously found a link between low vitamin D in neo-natal blood and an increased risk of schizophrenia.

“It’s feasible that a safe, inexpensive, and publicly accessible vitamin D supplement in at-risk groups may reduce the prevalence of this risk factor.”

Dr Eva Morales of the Center for Research in Environmental Epidemiology in Spain measured vitamin D levels in 1,820 pregnant women. When the infants were 14 months of age, neurocognitive and psychomotor testing revealed that mothers with vitamin D blood levels above 40 ng/ml had infants with the best developed brains.

That level of vitamin D in the blood implies a vitamin D intake of at least 25 mcg or 1,000 IU a day. The northern hemisphere average intake is 6 times less – 4 mcg or 150 IU a day.

Another study in Pediatrics found a strong association between maternal vitamin D deficiency and reduced language development in the child.

Vitamin D supplementation may even help children who already have the condition. The Journal of Child Psychology and Psychiatry reported in 2016 that 109 children with autism spectrum disorder were randomised to receive four months of vitamin D3 supplementation or a placebo.

“Autism symptoms – such as hyperactivity, social withdrawal, and others – improved significantly following vitamin D3 supplementation but not after receiving placebo.”

Vitamin D is now the most common nutritional deficiency in both children and adults, with the British Medical Journal estimating that at least 50% of children are deficient.

By deficient they mean below the UK Recommended Daily Allowance RDA for vitamin D. But that is just 5 mcg or 200 IU – far below the level that key vitamin D researchers are saying is optimal.

How vitamin D may reduce autism and abnormal brain development 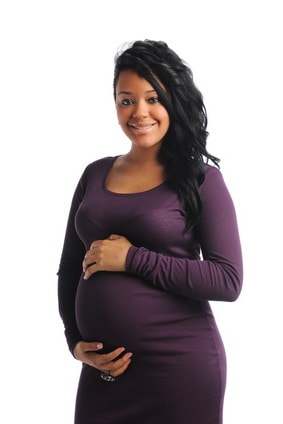 Foetal brain cells multiply at an astonishing rate during pregnancy. By birth, a baby will have 100 billion brain cells. Each one of these can communicate with up to 15,000 other cells but if these connections are compromised, neurologic disorders, such as autism and even multiple sclerosis (MS), can develop.

One of the key findings of this work was that vitamin D increases production of serotonin in the brain. Serotonin is a brain chemical (neurotransmitter) involved in the regulation of mood, appetite, sleep, and memory. It’s also necessary for normal brain development.

A shortage of serotonin can lead to many of the classic symptoms of autism. They include reduced impulse control and ability to develop socialisation skills.

Fascinatingly, Dr Ames’s work may also explain why autism is 5 times more prevalent in boys than girls. The female sex hormone oestrogen is known to increase the production of a precursor to serotonin. So girls’ brains, with higher levels of serotonin, may be better protected from the adverse effects of vitamin D deficiency, while boys’ brains are more vulnerable.

In yet another insight, the Ames research indicates that low levels of vitamin D may lead to low production of oxytocin – the so-called ‘love hormone’. Oxytocin is, of course, known to play an important part in socialisation and bonding. Indeed, when adults with autism were given oxytocin, their ability to socialise improved.

In light of these new findings linking lack of vitamin D to autism, it’s vital that pregnant women and children get enough of the nutrient. Indeed the American College of Obstetricians and Gynaecologists now recommends that pregnant women use 1,000 – 2,000 IU of vitamin D, instead of the 400 IU currently present in most “prenatal vitamins”. However, all pregnant women should consult with their own doctors before supplementation.

For a full free report on the vital role of vitamin D go here now. https://nutrishield.com/the-products/vitamin-d/

And if anyone in your family might plan for a baby sometime in the future, do make them aware of this important new research.

ou can buy Vitamin D3 (the preferred form of natural Vitamin D) from here. Our special introductory offer is for 1 bottle of 120 capsules of 2,000IU D3 free when you buy 2.