If you are at all health conscious, you already knew that eating fruits and vegetables reduced the risk of disease. And that 5 a day was the official target. 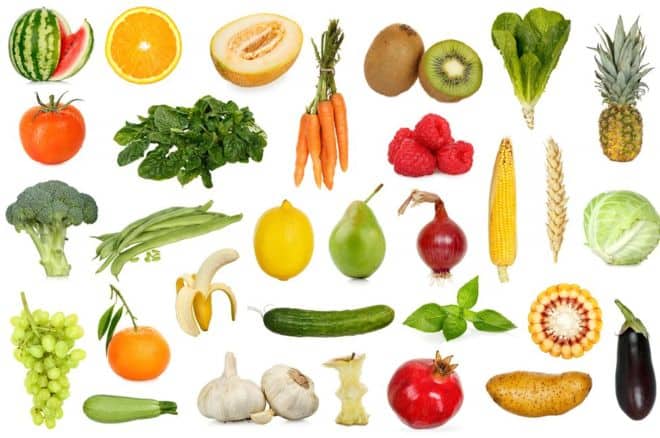 Now researchers at from Imperial College London have conducted a meta-survey – a summary of 95 existing studies involving 2 million people. They conclude that increasing the portions of fruit and vegetables you consume from five to 10 a day could significantly reduce your risk of heart disease, stroke and cancer – and dying prematurely.

But for most people 10 a day is a daunting and seemingly unachievable aim – as was clear from the immediate reactions on social media:

“I don’t think I could even name 10 different fruits and vegetables.”

“I’d be a walking compost heap!”

So what should you do? Fortunately there are smarter ways to an ideal diet than a guilt-ridden rush to 10 a day.

Just why are fruit and vegetables so healthy?

Fruits and vegetables certainly contain vitamins and minerals. But equally importantly they contain other nutrients known as polyphenols (including the sub-group of polyphenols called flavonoids) and carotenoids.

Polyphenols are compounds that the plants produce to defend themselves against damage from ultraviolet light, from pathogens, and from oxidative (free radical) damage.

When we eat these plants, we absorb these same defensive properties. DNA is better protected from damage – which accounts for the reduction in cancer risk. Tissues are better protected against inflammation – which is now known to be the main driver of heart disease, stroke and diabetes.

So polyphenols are known to help:

All the above benefits reduce heart disease risk.

As Dr Paul Clayton – the former chair of the Royal Society of Medicine’s Forum on Food and Health – puts it:

“A polyphenol-rich diet ensures your blood chemistry is hostile to heart disease and cancer.”

So it’s not surprising that research shows that those people who consume the largest amounts of polyphenols were shown in one Journal of Nutrition study to have up to a 31% reduction in total mortality.

There are many polyphenols (over 8,000!) but some of the best researched with the most powerful health benefits are a group known as flavonoids, which have both anti-oxidant and anti-inflammatory properties. You’ll find them in fruits, vegetables, legumes, green tea, red wine, dark (70%) chocolate, olive oil, grapeseed extract and curcumin.

Other types of polyphenol include the tannins in coffee, wine and tea, and the anthocyanins in blueberries, cherries and blackberries. One unique type of polyphenol (diferuloylmethane), found in curcumin, has an exceptional ability to fight free radical damage and reduce inflammation. A number of plants contain more than one type of polyphenol.

Generally polyphenols and flavonoids are found most abundantly in the outer layers of plants and in the colouring. That’s why the richest sources of fruit polyphenols are found in the darker fruits like blackcurrants, blueberries and raspberries.

An important sub-group of flavonoids are isoflavones, found in soy, peanuts, chick peas, alfalfa and fava beans. It is the high consumption of soy isoflavones, along with the flavanols (another flavonoid sub-group) in green tea (called catechins), that has been suggested as a reason for the lower cancer rates in Japan. The only cancer that is higher in Japan than the West is stomach cancer which is linked to their high salt intake.

Another important group of plant compounds are carotenoids.

These are powerful anti-oxidants that include beta carotene found in orange plants like carrots and sweet potato – but also in dark green leafy vegetables. Beta carotene is converted by the body to vitamin A, which is essential to vision, a strong immune function and normal growth and development.

Perhaps even more protective is lycopene found mainly in tomatoes and linked to breast and prostate health. Lutein is another carotenoid which is also found in leafy greens like spinach and kale. Lutein is protective of eye health and is linked to a lower risk of macular degeneration.

By conferring their anti-oxidant protection to you, carotenoids deliver strong cancer-fighting properties, according to the Physicians Committee for Responsible Medicine. In addition, their anti-inflammatory and immune system properties are linked to cardiovascular disease prevention.

Fruits and vegetables are not the only plant foods that contain the health protective polyphenols and carotenoids, they are in herbs, spices, nuts and seeds too.

Because it’s not just about vitamins and minerals

Their polyphenol, flavonoid and carotenoid content are the key reason why fruits and vegetables give such impressive health benefits. And why researchers rightly point out that a simple one-a-day vitamin pill won’t deliver the same health benefits. Such supplements don’t contain either polyphenols or carotenoids.

The focus on fruits and vegetables ignores another fact if you are trying to follow the most health protective diet.

The bio-availability of polyphenols from food is not high and the nutrients are better absorbed in a diet that includes healthy fats – like Omega 3 fish oil.

There is now a strong recommendation that we should eat 2-3 portions of oily fish a week. That’s because the Omega 3 fatty acids they contain are strongly associated with healthy vision, normal brain function, reduced depression and joint health – as well as linked to a reduction in symptoms of ADHD in children with the syndrome.

So we are already beginning to see why optimum health is much more complicated than just aiming for 10 a day.

THE TOP 16 – Getting the biggest bang for your nutritional buck

Not all fruits and vegetables have the same degree of health benefit. So by focusing on the ones with the highest concentrations of vitamins, minerals, polyphenols, flavonoids and carotenoids, you don’t necessarily need to reach the 10 a day target.

Here are the top 16 foods based on a European Journal of Clinical Nutrition table and our own analysis of their combined polyphenol, carotenoid, vitamin and mineral counts – and considering their ready availability as menu ingredients.

It is not an accident that vegetables (rather than fruits) head the list as the London University study showed that vegetables were particularly strong protectors against disease.

Of course other fruits and vegetables are also definitely valuable, but neither their polyphenol nor carotenoid content is as high as the listed foods.

The above analysis helps us understand why the authors of the Imperial meta-survey were able to claim that:

“Fruit and vegetables have been shown to reduce cholesterol levels, blood pressure, and to boost the health of our blood vessels and immune system.

“This may be due to the complex network of nutrients they hold… For instance they contain many antioxidants, which may reduce DNA damage, and lead to a reduction in cancer risk.”

Many of the polyphenols and carotenoids we have mentioned exert their health benefits through what is called gene expression. They have the ability to switch on ‘good’ genes and switch off genes that can lead to negative health.

The recommendation of more than 5 a day is not new – and is it realistic?

Although the advice has stirred a lot of comment, it’s not actually new. For over 4 years the American Cancer Society has been recommending 9 portions a day.

But we – along with leading health researchers – have mixed feelings about the call for 10 a day. It may well just demotivate people by being seen as unrealistic. Moreover for less well-off families it would be financially challenging.

In these articles he identified a fundamental fact which most researchers overlook.

Over the last 50 years – and due to our sedentary, low energy burning lifestyle – the average person has had to cut their calorie intake by almost 1,000 calories a day.

Less food means less nutrition. That’s compounded by the fact that the nutritional quality of some fruits and vegetables has measurably declined, and by the fact that urban pollution and the stresses of modern life have simultaneously increased our demand for those nutrients that confer protection to tissues and cells.

Dr Clayton agrees with other health experts that the priority in creating an ideal ‘health defensive’ diet is fresh fruit and vegetables. That’s because they contain such a wide range of polyphenols and carotenoids, some of which we have yet to identify.

But he is also adamant that a well-designed nutritional supplement can have an important part to play in enabling people to get the level and type of nutrients they need for a genuinely protective diet.

The science has moved on. It is now possible to isolate carotenoids like lycopene or lutein. And it’s possible to extract polyphenols from plants in the form of extracts of green tea, grapeseed and curcumin.

These individual polyphenols and carotenoids work in exactly the same way and have the same health benefits as they do in the original plant. Indeed in some cases they may even be better absorbed in supplement form.

A ‘well-designed’ supplement does not mean a simple a-z vitamin and mineral pill at just RDA levels. That will not make much difference. It should include polyphenols and carotenoids.

It should also deliver vitamins and minerals at an optimum level. Because the intake of some nutrients – like vitamins C, D and E, the B vitamins, which are critical for energy, and the minerals selenium and chromium – all need to be several times the minimum RDA levels before they deliver the maximum health benefits.

That ‘ideal’ supplement should also include Omega 3 fish oil, because we are now advised to eat 2-3 portions of oily fish a week – but like the 10-a-day recommendation, for most people this is also unrealistic.

Dr Clayton is not a theoretical scientist. He has used his 35 years of research on health and nutrition to advise on a supplement that includes a range of polyphenols, carotenoids, vitamins, minerals, Omega 3 and even CoQ10. It’s called Nutrishield – www.nutrishield.com and its aim has been to combine the nutrients found in the diets of the healthiest people.