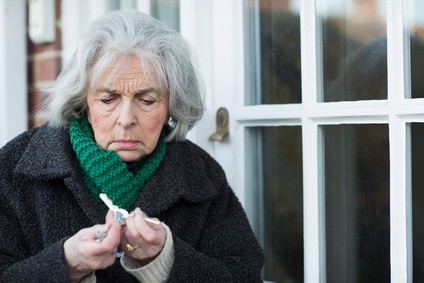 If you or any family member is at risk of Alzheimer’s, a new study by Oxford, Warwick and Oslo universities brings hope.

Alzheimer’s and dementia are possibly the most feared ‘age-related’ diseases today. They rob sufferers of memories and so much that makes a normal life enjoyable. Worryingly, dementia is now the leading cause of death for women in England and Wales.

Unfortunately, good news on Alzheimer’s from conventional medical sources is hard to come by – because most drug research has hit a brick wall. There is no conventional cure.

But this recent study shows that an inexpensive nutrient combination may help where costly drugs have failed.

One of the warning signs of Alzheimer’s is a shrinkage in brain ‘grey matter’ which can begin as much as 10 years before the characteristic sticky amyloid plaques and tangles begin to show up on MRI scans. ‘Grey matter’ is a complex of brain nerve cells in areas of the brain responsible for memory and reasoning. In people with Alzheimer’s, areas of grey matter shrink and shrivel. 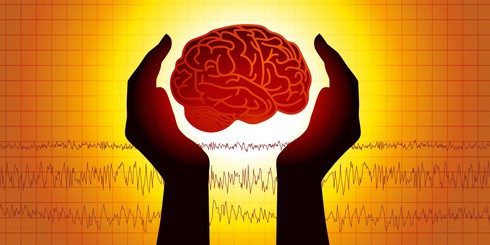 The university researchers already knew that vitamins B12, B6 and folic acid reduce blood levels of an amino acid called homocysteine. A 2002 study published in the New England Journal of Medicine had confirmed that people with high blood levels of homocysteine had a significantly greater risk of developing Alzheimer’s Disease.

Indeed, a high level of homocysteine is a predictor not just of Alzheimer’s, but of heart disease and stroke. It’s an all-round disease risk factor.

Clinical trial of B vitamins

The researchers conducted a randomised controlled trial on two groups of patients who had already been diagnosed with mild cognitive impairment – the type that frequently leads to the much more devastating Alzheimer’s.

A huge positive effect on the brain

Patients had a brain scan at the start of the trial and again after two years.

In the group receiving the B complex, and who had above average homocysteine levels, the reduction in brain shrinkage was almost 85%!

“It’s a big effect – much bigger than we would have dreamed of … It’s the first and only disease-modifying treatment that’s worked.”

“I have never seen results from brain scans showing this level of protection.”

The sequence observed in the trial was that reducing homocysteine levels led to a big decrease in the rate of grey matter loss and a corresponding limit on cognitive decline.

But when quizzed, the researchers could not say that B complex supplementation prevented Alzheimer’s – only that it reduced the shrinkage of grey matter that usually precedes Alzheimer’s and dementia.

But other evidence allows us to make a more definite conclusion. The Whitehall 11 Cohort Study on over 100,000 people with an average age of around 55 clearly shows that those at the most risk of heart disease and stroke are also at the most risk of dementia.

Because elevated homocysteine levels are not only damaging to brain health – they are damaging to vascular health, and are linked to blood clots, stroke and heart attacks.

Indeed we know that some 50% of people who have a heart attack have normal cholesterol levels – but many of them have high homocysteine levels.

So an overall strategy to reduce the risk of dementia would address these three – interlinked – threats.

Although homocysteine levels in the blood often increase simply with age, they also increase with the use of alcohol, the anxiety medication benzodiazepines, obesity, inactivity and a genetic mutation called MTHFRC677T.

So increasing your activity levels every day and keeping to a healthy weight are other proven ways to reduce the risk of dementia. 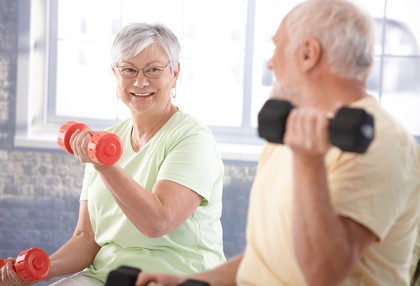 There is a huge body of research to show that internal inflammation that builds up in tissues – including brain tissues – is a or possibly even the, driver, not just of dementia, but heart disease, stroke, diabetes and some cancers. And ageing itself.

Dr Brian Giunta, a neuroscientist at the University of Southern Florida, explains that cells in the brain called microglia can become constantly inflamed – and less able to clear beta amyloid proteins from the brain. This beta amyloid then kills neurons – leading to Alzheimer’s.

The main way to reduce inflammation is to increase your intake of plant-based foods and oily fish.

There is a full report on reducing inflammation called Inflamm-Ageing at http://www.inflamm-ageing.com/

What’s bad for the heart is bad for the brain. Restricted blood flow to the heart is, of course, a main cause of heart disease – and it is also a major factor in both vascular dementia and Alzheimer’s.

In vascular dementia, the brain doesn’t receive enough blood, and therefore enough oxygen, which results in nerve cell death. Blood flow to the brain is also reduced in patients with Alzheimer’s Disease and this may be another reason that neurons die in this form of dementia, too.

All these anti-inflammatory and anti-oxidant nutrients – plus high levels of B complex – are in the health supplement called NutriShield, designed by Dr Paul Clayton, former Chair of the Forum on Food and Health at the Royal Society of Medicine. Its objective is to reduce inflammation, reduce homocysteine levels, increase normal blood flow and provide the building blocks for health cell renewal and DNA repair.

“Dementia is not an inevitable part of ageing; it’s caused by diseases that can be fought through research, and we must bring all our efforts to bear on what is now our greatest medical challenge.”

supplement with OPTIMUM levels of essential nutrients including polyphenols and flavonoids from fruits, vegetables and other plants. See more detail elsewhere on this site or click on the button.