University research shows that certain health supplements and combinations of foods and nutrients can not only improve overall mood but even reduce the incidence, length and severity of depression.

People who are deficient in omega-3 fatty acids are generally more susceptible to depression and low mood. The brain has a high component of fatty acids and about 30% of these are Omega 3, according to the Mental Health Foundation. Intake of Omega 3 assists the production of dopamine –  the ‘reward’ neurotransmitter that responds to pleasurable experiences. Walnuts are a good source of plant-based Omega 3, but the body metabolises plant omega 3 less efficiently than fish oil.

The health benefits of curcumin (derived from turmeric) are well documented and wide ranging. It’s known to be an anti-inflammatory, has anti-cancer properties and is neuroprotective. But research published by The US National Institutes of Health now indicates it may even be as effective as Prozac (fluoxetine) – but without the side effects.

Their conclusion: “This study provides first clinical evidence that curcumin may be used as an effective and safe modality for treatment in patients with MDD [major depressive disorder] without concurrent suicidal ideation or other psychotic disorders.”

Studies at the University of Wales have shown that people who are low in selenium have increased rates of depression, anxiety and tiredness and that optimising selenium intake helps raise mood and reduce depression.

Chromium is a trace mineral involved in the regulation of insulin and thus metabolism. It has an important role in raising the brain’s level of serotonin and melatonin which help the brain regulate emotion, mood and sleep. Research at Duke University in the US has found that supplementation helps in the treatment of depression.

Magnesium has an important role in the development of serotonin, which is a major contributor to feelings of happiness. Researchers in Austin, Texas have shown that supplementation contributes to an improvement in mood and a reduction in depression.

If there ever was a super-nutrient, it is surely vitamin D. Most people are depleted in Vitamin D, especially in the 5 months of winter. In addition to its role in supporting the production of healthy cells and a strong immune system, a major study at the Chicago School of Nursing has shown that Vitamin D supplementation improves mood and reduces depression. Their conclusion?

“… Treatment of inadequate vitamin D levels in persons with depression and other mental disorders may be an easy and cost-effective therapy which could improve patients’ long-term health outcomes as well as their quality of life”.

Zinc is a vital trace mineral needed for a strong immune system. In addition, Canadian researchers have found that it can help treat depression.

Researchers in a large UK hospital have successfully used vitamin B6 in the treatment of PMS depression. B6 is essential in regulating general brain function. 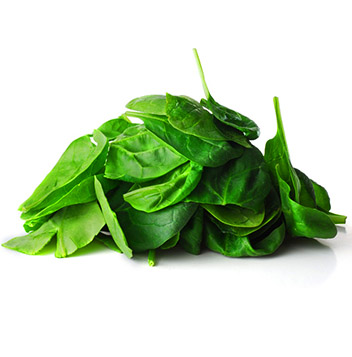 Folate, the B vitamin found in leafy green vegetables, assists in the regulation of serotonin and the neurotransmitter acetylcholine. They are both important in the passing of messages between brain cells. Researchers at the Neuropsychiatric Research Laboratory in Surrey have combined folic acid and vitamin B12 to help treat depression. Folate or folic acid may also increase the effectiveness of the anti-depressant fluoxetine.

The amino acid tryptophan – in conjunction with vitamin B6 – raises the level of the hormone serotonin, which in turn helps elevate your mood. Deficiencies in B6 can cause a lowering of immune function and depression. Bananas not only contain tryptophan but vitamin B6, and fibre.  Fibre helps ensure that energy is slowly released into the bloodstream, so it helps keep your blood sugar and mood stable. The opposite is a ‘sugar rush’ where blood sugar levels rise but then dip quickly, leaving you feeling irritable.

Other foods that are above average in tryptophan are chicken and turkey.

These are complex carbohydrates which have a low GI (Glycaemic Index), which helps stabilise your blood sugar levels and therefore mood.

In a recent study, 30 people were given just 40g of dark chocolate a day, over 14 days. They produced less stress hormones and their anxiety levels decreased. A small square of dark chocolate contains polyphenols which cause the brain to release endorphins and boost serotonin levels.

A study in the Journal of the American College of Nutrition linked higher calcium intake to lower levels of PMS-related depression. This makes sense as (o)estrogen plays a significant role in calcium production. There was no indication, however, that increased calcium had any effect on male moods.

In an innovative study at Tehran University of Medical Sciences, 50 women with PMS were given just 15 mg of saffron daily over two menstrual cycles.  By the end of the study, over three-quarters of the women reported that their PMS symptoms (such as mood swings and depression) declined by at least half, compared with only 8 percent of women in the placebo group.

Green tea contains high levels of the amino acid theanine, which has been shown to be an anti-stress relaxant.

I am conscious that if you suffer from depression or just want to boost your general mood, a list like this can be both encouraging but also a bit confusing.

But the overall conclusion is that there is evidence from many clinical trials that a largely Mediterranean Diet supported by a supplement that safely increases your intake of curcumin, Omega 3, vitamin D3, B vitamins, folic acid, zinc, chromium, selenium and green tea extract is very likely to help.

NutriShield contains all these nutrients at effective levels.