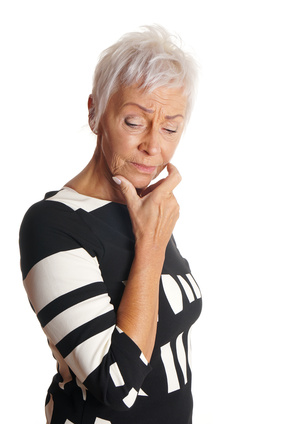 Have you ever forgotten a place name or even your PIN number? Walked upstairs for something – but then forgotten what you went for?

We call these temporary memory lapses ‘senior moments’, and they do become more common with age. But what’s happening? Should you be worried? Can you reverse the process?

Researchers at Columbia University in New York have some positive news. This type of memory problem is reversible in mice and probably reversible in humans.

It is mostly caused by a reduction in the level of a protein in the brain that commonly occurs as we get older. When this protein is increased, the risk of this type of memory loss is reduced or possibly even eliminated.

Called RbAp48, this key protein is found in your brain’s hippocampus. Your hippocampus is part of an area of the brain called the limbic system – a region that regulates emotion and is involved in memory.

“It’s been known for a long time that our memory declines just by the normal wear and tear of the aging process,” says Dr Scott Small, co-author of the study and director of the Alzheimer’s Disease Research Center at Columbia University NY.

“Our study provides compelling evidence that age-related memory loss is a syndrome in its own right, apart from Alzheimer’s.”

The Columbia study initially looked at eight post-mortem brains from humans with no history of a brain disease, ranging from ages 33 to 88. They found that as a person’s age increased, levels of the protein RbAp48 (also called RBBp4) slowly decreased.

Researchers then found that when they decreased the protein in young rodents they experienced the same type of memory loss that older mice suffered.

The good news was that their memory was restored, once levels of RbAp48 were brought back to normal. Better still, when researchers increased RbAp48 in the brains of old mice, their memory improved within days.

“The fact that we were able to reverse age-related memory loss in mice is very encouraging,” says lead researcher and Nobel Laureate Eric Kandel. “At the very least it shows that this protein is a major factor. Unlike with Alzheimer’s, there is no significant loss of neurons.”

How can you increase RbAp48?

Almost inevitably Big Pharma is off and running looking for drugs. But there may be natural ways to enhance the RbAp48 protein in particular, and brain function in general. Here are our recommendations:

Studies show that as a person ages, their absorption of protein declines. So it may be beneficial to increase your overall intake of protein, as you can’t selectively just increase the RbAp48 protein outside the laboratory.

In a 2014 study of elderly Japanese residents over a period of 7 years, men who consumed higher levels of animal protein in their diets were 39 percent less likely to have mental and physical decline as they aged. The results were less pronounced for women.

This was supported by a 2012 study which found that amongst people aged 70 to 89, individuals with the highest protein intake had a reduced risk of cognitive decline of 21 percent.

Increased protein intake may have other benefits. A 2014 study published in Cell Metabolism examined the diets of nearly 7,000 individuals between 50 and 90 years of age. The group over the age of 60 had a 62% lower risk of developing cancer and a 28 percent lower risk of death when they ate a diet high in protein.

However, since younger individuals make more proteins, increased food intake of protein could lead to excess protein in the body – and there are indications that people under the age of 60 should keep their protein consumption below 20% of calorie intake.

How much protein? According to a 2006 study conducted by the McGill Nutrition and Food Science Centre in Canada, elderly persons should consume about 0.45 to 0.6 grams of protein per pound of bodyweight. This is about 90 grams for a 150 pound (68 kg/10st 10lb) adult. 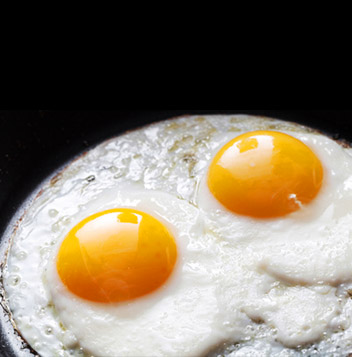 2. Can we turn on the genes that produce RbAp48?

We are now finding that certain nutrients can turn genes on (and off). It’s called gene expression.

One candidate for possibly turning on the production of the RbAp48 protein is epicatechin – found in green tea, black grapes, blackberries, cherries – and dark cocoa powder.

A 2013 study published in Neurology found that high blood sugar levels have a negative effect on cognitive health. High levels of blood sugar in the brain shut down normal insulin response, which can lead to impairments in memory and cognition, as well as the development of type 2 diabetes.

Carbohydrates are metabolised as sugar inside the body, so a high carb diet can be detrimental to brain health.

Very recent research indicates that combining Omega 3 fish oil with marine polyphenols is ideal. Marine polyphenols (polyphenols are health protective compounds found in fruits and vegetables) – are found in seaweed and act as both anti-oxidants and anti-inflammatory agents.

When ‘friendly bacteria’ ferment dietary fibre in your gut and combine with salt, it produces a fatty acid called sodium butyrate. This is a potent detoxifier of neurotoxins and is thus brain healthy.

Vitamins B12, B6 and betaine – along with folic acid – are known to reduce the level of an amino acid called homocysteine. Raised levels of this amino acid have been associated with reductions in cognitive function and memory loss – and also heart attacks. 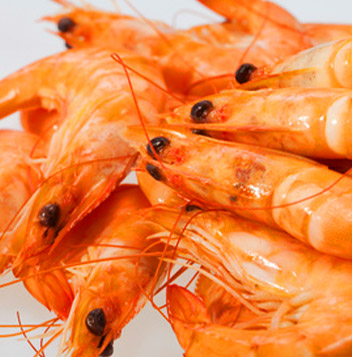 Zinc deficiency is also known to lead to cognitive impairment, and seafood and whole grains are a good source of zinc.

The mechanisms are not yet clear, but since vitamin D is a key nutrient for the immune system, some of the beneficial effects on the brain may come from its role in enhancing the immune system and in reducing inflammation – which is a known element in Alzheimer’s and dementia.

Numerous studies show that continuing to be active is essential for brain health. That’s also true of getting at least 8 hours of sleep

The risk factors for heart disease, stroke and brain deterioration are surprisingly similar. They include obesity and high blood pressure and atheroma – the accumulation of fatty deposits and scar tissue, which lead to restriction of the circulation. 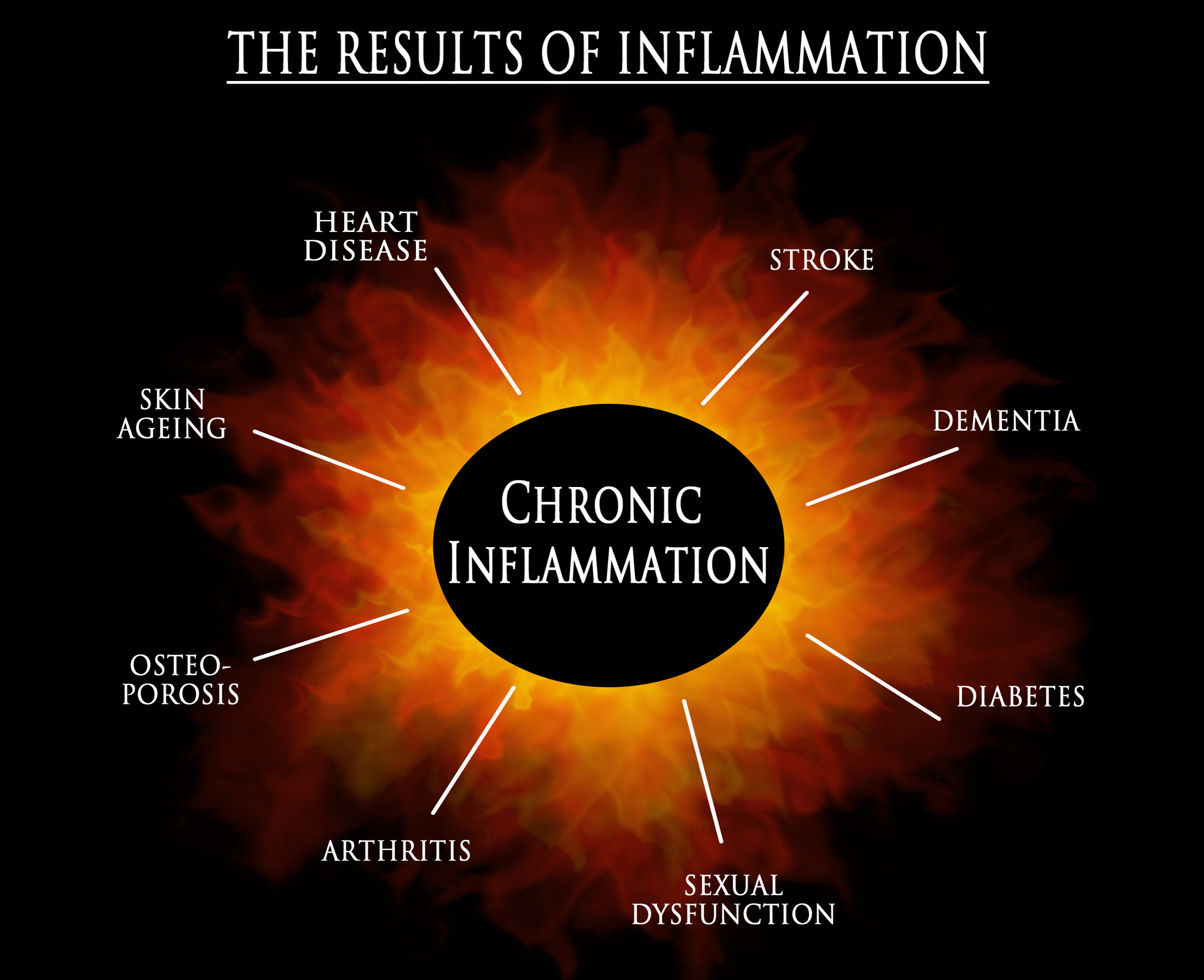 Underlying these health threats is a common problem – called ‘chronic, sub-clinical inflammation’ that increases over the years. Indeed New Scientist recently confirmed that this type of internal unseen and unfelt (and therefore especially dangerous)  inflammation is involved in:

From the above it appears as though a comprehensive supplement containing not just a full range of vitamins and minerals, but betaine, Omega 3, green tea extract, grapeseed extract and polyphenols should help keep those ‘senior moments’ at bay.