Some 85% of your immune response is dictated by the bacteria in your gut, and even small changes in your diet can make a big difference to how well your body reacts to threats to your health. 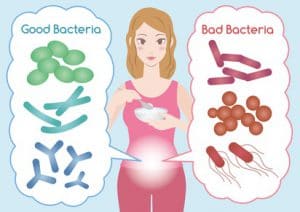 Just how big a difference is indicated by work by researchers at the Department of Medicine at the University of Chicago. They are researching immunotherapy – a promising new approach to the treatment of certain cancers, including melanoma. Immunotherapy encourages the body’s own immune system to attack cancer cells.

So the Chicago researchers added certain bacteria to the anti-cancer regime and found that they boosted the patients’ immune response. Indeed, when the bacteria were combined with immunotherapy, the cancers largely disappeared.

This was a major finding and many researchers now predict that the microbial composition of a patient’s gut could be the key to making all drugs work better.

But it’s not just the possibility of making drugs work better that should guide you to actively eat for a stronger immune system. A strong immune system is central to preventative healthcare and longevity.

Here are 11 ways to boost your immune system through food and nutrition. Some act directly on the gut – others act on the complex interconnected system of defensive cells which fight infection.

Your gut is a host to trillions of microbes – mostly beneficial bacteria collectively called your microbiome. It is now well established that a healthy microbiome is the foundation of a strong immune system. A healthy microbiome is one that contains a wide range of ‘friendly’ bacteria called probiotics. The range is important because different probiotics are made up of different strains and concentrations of bacteria that in turn have different properties.

The best sources of probiotics include yogurt made with live culture ie. milk fermented mainly with lactic acid bacteria and bifidobacteria.

Kefir is fermented probiotic milk drink, made by adding kefir grains to cow’s or goat’s milk.

It’s important to note that not all strains of bacteria in yogurts make it through the acidity of the stomach to the gut, but researchers at the University of Chicago are on record as saying that Activia does.

The beneficial bacteria in your gut that drive a healthy immune system need something to eat themselves. That’s where prebiotics come in.

Prebiotics are a type of non-digestible fibre called oligosaccharides that pass through the stomach and are fermented in the colon by your probiotic bacteria. Best sources include high fibre foods like garlic, onions, chicory, Jerusalem artichokes, leeks, banana, wheat bran, beans and – raw dandelion leaves added to a salad!

As you can see probiotics and prebiotics work together. In addition to their vital role in immune boosting, high levels of these natural dietary compounds are associated with better digestion, lower cholesterol levels and heart disease risk, less risk of weight gain, and lower internal inflammation.

Carotenoids are a class of pigments found naturally in a number of plants. Beta carotene is found in carrots, sweet potatoes, mango, spinach, broccoli and apricots and is converted into vitamin A which helps regulate the immune system.

Lycopene is the pigment in tomatoes and, with the carotenoid lutein, helps cells signal their boundaries to each other. Errors in cell signalling are strongly associated with diseases such as cancer, autoimmunity and diabetes. Lutein is also important for eye health.

The lycopene in tomatoes is made more bio-available when they are cooked – ideally sautéed with olive oil. Make sure that cooked tomatoes are frequently on your dinner table for prostate health.

Since most people do not reach an optimum level of carotenoids, especially lutein and lycopene, you may want to consider a supplement. An effective daily supplement level would be 7mg of beta carotene, 6 mg of lutein and 5mg of lycopene.

Zinc is an essential mineral in the production of immune cells. Even mildly reduced levels of zinc can reduce your immune response. In addition zinc helps lower inflammation which is a key driver of almost all age related diseases.

Most people do not reach an optimum daily level of Omega-3 and an Omega-3 fish oil supplement can be beneficial – at a level of 1,000 mg (1g) a day.

Vitamins C and E work synergistically. They are both powerful antioxidants and maintaining good levels of vitamins C and E is critical for maintaining a healthy immune system, especially among older people or people under stress.

If you take a supplement, the research indicates that the RDA for vitamin C of 60mg a day – which is standard in a “one-a-day” supplement – is sub-optimum. Because that’s only the level to prevent scurvy! A far more effective level would be 500mg of Vitamin C and at least 100IU of vitamin E.

7. Chicken soup for a cold is not an old wives’ tale

A University of Nebraska study found that chicken soup helps to prevent the migration of inflammatory white cells into the lungs. That’s significant because cold symptoms are a response to these cells’ accumulation in the bronchial tubes.

The amino acid cysteine, released from chicken during cooking, is chemically similar to the bronchitis drug acetylcysteine, which also inhibits an inflammatory response.

For extra immune boosting oomph add some garlic and onions to the soup recipe.

Researchers at the Institute of Herbal Medicine in Washington, DC, have confirmed that mushrooms “increase the production and activity of white blood cells, making them more aggressive. This is a good thing when you have an infection.”

All mushrooms have a positive effect, but shiitake, reishi and maitake deliver the biggest effect.

Although we don’t really know how, exercise does boost the immune system. It improves the circulation of white blood cells, it appears to flush out harmful bacteria from the lungs and airways, and it certainly slows down the release of stress hormones. The benefits come with as little as a 30 minute walk every day. Gardening and dancing are equally effective.

Although this is easier said than done, stress weakens the immune response.

One interesting, simple and cheap stress buster technique was developed by the US Airforce for their jet fighter pilots some years ago. The technique was simply to get them to squeeze hand grips, hold the grip for 5 seconds, then release. Do this for a couple of minutes with one hand, then rest for two minutes. Then switch hands. Repeat this sequence for up to 8 times.

The technique was originally developed because the jet fighter pilots were experiencing high G forces, which increased their blood pressure and stress levels – and this exercise was proven to reduce the levels effectively without drugs.

So this simple technique not only reduces stress, but blood pressure too. [Also see article on this site for 6-step Instant Relaxation guide.]

Some people use Echinacea as an immune booster, and it does seem to shorten cold symptoms slightly, but the research on overall effectiveness is mixed.

A much better researched product (with over 8,000 papers published) is a natural compound refined from the walls of baker’s yeast, called 1-3, 1-6 beta glucans. This modulates the immune system increasing the number and activity of both neutrophils and macrophages. These are your immune system’s front-line killer cells which hunt down external pathogens and internal rogue cells like cancer cells.

The gold standard for clinical trials is a double-blind, randomized, placebo-controlled study. The European Journal of Nutrition reported on such a study in healthy subjects, which proved that beta-glucan 1-3, 1-6 helps prevent colds, improves symptoms and increases the body’s potential to defend against invading pathogens.

Finally we have mentioned that specific nutritional supplements are helpful in ensuring your immune system is working well all the time. A one-a-day pill doesn’t do that.

An effective supplement for long term immune health would include carotenoids, Omega 3, zinc, vitamin E and C, plus curcumin and green tea extract.