Researchers at the Department of Biology at McMaster University, Hamilton, Ontario, Canada set out to answer those fundamental questions. Their recently published landmark study has dramatic implications for anyone interested in how to extend their years of good health, protecting normal brain and body function as they get older. 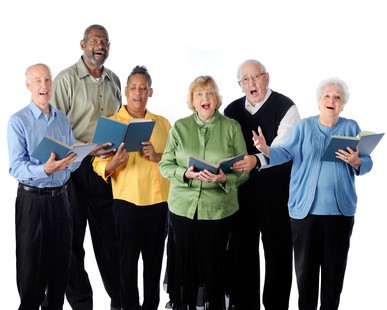 Under the headline, “Fountain of Youth?” Science Daily on 2nd June 2016 announced that a multi-ingredient dietary supplement:

“… has shown remarkable anti-aging properties that can prevent and even reverse massive brain cell loss, according to new research. It’s a mixture scientists believe could someday slow the progress of catastrophic neurological diseases such as Alzheimer’s, ALS and Parkinson’s.”

The reference was to McMaster University’s 10-year mouse study – which showed that combining some 30 nutritional ingredients in a ‘super supplement’ could increase healthy life span by 11%.

The university’s study concludes: “that powerful impacts can be achieved through multi-ingredient dietary supplementation that addresses the multi-factorial nature of ageing.”

In 2005, lead researcher Jennifer Lemon and her team at McMaster University reviewed the effectiveness of hundreds of health supplements and concluded that there was little evidence that supplementing with a single ingredient – like vitamin C or beta carotene – increased life expectancy. Even taking a single-capsule A-Z vitamin supplement had very limited effects on longevity.

The problem, they concluded, is that most scientific studies examined only one, or at most two or three, supplement ingredients at a time – usually anti-oxidants or anti-inflammatories.

What was needed was a supplement that combined multiple ingredients to get a synergistic health effect – a ‘best of the best’ where 2+2 equals 5 in terms of health outcomes.

So they decided that their ‘Super Supplement’ would include ingredients that had been scientifically documented as effective in counteracting the five underlying processes of ageing and the deterioration in health and mental facility usually associated with growing older.

This is the damage to cells and DNA that is done by oxidation by excess free radicals. Free radicals are highly reactive atoms produced in the body in the presence of oxygen or as a result of external pollutants. Oxidative damage is a trigger for cancer.

Solution: Anti-oxidants like Omega 3, curcumin, the polyphenols in green tea and grapeseed, lutein, vitamin C and E, the co-factors zinc and magnesium are among nutrients that can reduce this threat.

The latest research shows that inflammation builds up in body tissues and brain cells over time and is a key cause of heart disease, stroke, diabetes, and Alzheimer’s. Inflammation also creates a negative internal environment which encourages the spread of cancer.

The body creates millions of new cells every day and unless there is a supply of high quality nutrients in your diet – including anti-oxidant fatty acids – cells can fail to function properly.

Solution: A range of vitamins, minerals like zinc and selenium, and the nutrients lycopene, beta carotene and Omega 3 fish oil have been shown to reduce this threat.

This is where the body’s tissues develop a lower level of response to insulin. The result is that glucose (sugar) in the blood builds up to a dangerous level. This leads to what is termed ‘glycation’ – effectively cells become ‘sugar coated’ and fail to function properly. Diabetes can develop and that in turn increases the risk of vision loss, circulatory problems and dementia.

Solution: Reducing carbohydrate intake, losing weight if needed and increased intake of Omega 3 fish oil, CoQ10, chromium, magnesium and the amino-acid alpha-lipoic acid have all been shown to help reduce this threat.

Almost every one of your trillions of cells contains mitochondria – often called tiny ‘energy power-plants’. Their role is to extract energy from food. But their function deteriorates over time without extra nutritional help – which is why older people often complain of getting tired.

Solution: Research shows you can help prevent mitochondrial damage with anti-oxidants and supplementing with CoQ10 because your body’s inbuilt ability to produce CoQ10 diminishes over time.

In summary, age-related decline and illness is ‘multifactorial’, so prevention by lifestyle and nutritional supplementation must equally be multi-factorial or multi-ingredient.

Specifically the McMaster’s team reasoned that if you could prevent or reduce the risk of all 5 threats, the result should be a healthy brain, a healthy body and a longer life.

But to achieve that, it was necessary to include not just vitamins and minerals but a combination of nutrients that essentially reproduced the key elements of an ideal diet. They described this combination as an MDS – a Multi-Ingredient Dietary Supplement. The press have called it a ‘Super Supplement’.

Proof from the animal study

Since it is impossible to do the sort of pre- and post-treatment brain and body research that they needed to do on humans, the tests were on mice. Mice (or rats) are almost always used in these tests because their metabolism, biological processes and susceptibility to age-related disease are almost exactly the same as those of humans.

In the report’s words:

“We know of no other treatment with such efficiency – highlighting the potential for prevention or amelioration of human neuro-pathologies that are similarly associated with oxidative stress, inflammation and cellular dysfunction.

“This strongly suggests that ageing animals retain the capacity to support youthful phenotypes and that powerful impacts can be achieved through multi-ingredient dietary supplementation that addresses the multi-factorial nature of ageing.”

The study shows that, although we do become susceptible to illnesses as we age, it is less to do with the passing of the years, than to the five threats the team identified. By supplementing with a range of nutrients that counteract (and even prevent) those same five threats, we can slow ageing and have a very significant and positive effect on longevity and health.

Please see references below for the study and related research.

In 2000 Dr Paul Clayton, then the Chair of the Forum of Food and Health at the UK’s Royal Society of Medicine, came to exactly the same conclusion as McMaster University – that only a multiple-ingredient supplement can prevent declines that have multiple-factor origins.

Dr Clayton wrote his best-selling book called ‘Health Defence’ (first published 2000; updated 2004) analysing the complex causes of ageing and which foods and nutritional supplements counteracted them. Uni-Vite took up the challenge of creating his ideal multi-ingredient supplement and launched NutriShield in 2001.

The McMaster MDS formula contains 31 ingredients, the NutriShield formula contains 43.  There are inevitably some ingredient differences – not the least that two of the original Canadian supplements are now prohibited in the UK. In addition, over the 11 years since the McMaster formula was originally decided upon, new research has strongly suggested that an ideal supplement should include some extra nutrients that were not in their formula.

These include lycopene (indicated to help reduce the risk of breast and prostate cancer), lutein (for maintaining healthy vision) Vitamin K2 and betaine (which both help lower heart attack risk).

In addition the McMaster formula included cod liver oil, whilst almost every health researcher would now acknowledge that Omega 3 is a far better anti-inflammatory and source of quality DHA and EPA fatty acids to build healthy cells.

Also, whilst the McMaster formula includes ginger, research over the last 10 years has shown that curcumin (from the related plant turmeric) is a far more potent anti-inflammatory and anti-oxidant natural ingredient.

It’s natural that over the last 10 years, new research has indicated that a maximally effective MDS should now include several other ingredients – which NutriShield does.

The McMaster study has profound implications. Their original concept is logical and supports the same conclusion as that made independently by Dr Paul Clayton – that the detrimental effects of ageing are less to do with the passing of the years and far more to do with multiple, inter-linked processes that lead to reduced physical functioning.

And that these processes can be slowed or even prevented by combining a Mediterranean style diet with a carefully formulated multi-ingredient supplement, to achieve improved health, longevity, physical strength and mental acuity.

NutriShield can be found here at www.nutrishield.com together with its own research results. It has been successfully and safely used for over 15 years.

Dominici FP, Cifone D, Bartke A, Turyn D. Loss of sensitivity to insulin at early events of the insulin signalling pathway in the liver of growth hormone-transgenic mice. J Endocrinol. 1999;161:383–392.

Sawada M, Carlson JC. Changes in superoxide radical and lipid peroxide formation in the brain, heart and liver during the lifetime of the rat. Mech Ageing Dev. 1987;41:125–137.